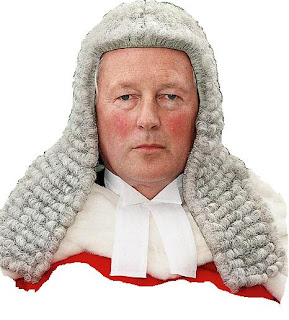 I've been taking a look at the evidence submitted to the Culture, Media and Sport select committee - which has been looking at libel and privacy law - by a collection of foreign media organisations.

The group, including such big names as CBS, Bloomberg and the New York Times, along with campaign groups such as Human Rights Watch, points out the harm done to freedom of speech beyond these shores by the phenomenon of "libel tourism" - in which, for example, a Ukrainian businessman can sue a Ukrainian website for material published in Ukrainian, and do so in London because a London-based Ukrainian claims to have seen it. It's a notorious scam, which has made libel lawyers rich at the expense of our national reputation, and has led, among other things, to several US states passing laws forbidding the enforcement of British court judgements.

Many of the arguments made by the international press are quite familiar. They point out, for example, the unfair burden that the law places on defendants - even if they win their case, which is often unlikely given the rules, they will not recover their costs in full. They note that the jurisdictional expansionism of English courts threatens to damage transatlantic relationships, as American attachment to free speech under the First Amendment is happily disregarded by British judges. There is criticism of the antiquated Duke of Brunswick rule which allows an action to be brought in England if an alleged libel has been read here once - and which "has long been abandoned in America". A House of Lords ruling upholding the principle - in a case brought by the Russian plutocrat Boris Berezovsky - is described as "disastrous". (Amusingly, their lordships are said to have been impressed by "Berezovsky's ex-wives in Chelsea and by his connections with royalty and UK based banks".)

"It is difficult to understand" the submission continues, "why Americans who fall out with each other in America should be permitted to take up the time of UK courts with their slanging matches, rather than resolve them under their own law." Especially as these judgements are unenforceable in the USA, where courts regard English law as "repugnant". Especially repugnant are "two absurd propositions: that defamatory (i.e. critical) statements are always false, and that defamations always do significant damage" which are not merely illogical but "further proof that English law disfavours free speech."

This isn't new, though it is set out with great clarity. Nor will anyone who has followed, for example, the progress of Simon Singh's battle with the British Chiropractic Association or the Trafigura case be surprised to learn that claimants (who may not need the money) see libel suits as a method for intimidating and silencing critics. Egged on by lawyers, such claimants (am I alone, btw, in still mourning the inexplicable removal of that fine old word "plaintiff" from English legal procedure?) "use libel actions... not to vindicate their reputation but to harass, embarrass and chill their critics and to develop for themselves a reputation for taking libel action whenever criticised - a reputation that will deter would-be critics, whose newspapers and NGO's do not have the money to fund expensive libel defences." As Simon Singh has rightly said (and he should know), the law is such that the only sensible thing to do when faced with a libel writ is to back down and apologise.

Some of the information supplied in the brief, on the other hand, is quite eye-opening to anyone who doesn't know this area of the law intimately. There's the question of procedure, for example - or rather, how enterprising law-firms (step forward and take your bow, Carter-Ruck) have turned libel law into a money-spinner, one of the few parts of the British economy that still works. First comes a "letter before action" demanding an apology and payment of costs. Any offer made by the foreign-based publication (for example, a printed retraction of any factual errors, or referring the complaint to mediation, which is the usual American practice) will normally be rejected, and a further request is made to the publication to appoint a firm of London-based solicitors to handle the case. This is where it gets sneaky. If the publication ignores this presumptuous suggestion, the plaintiff's lawyers go off to find an amenable judge for an order to serve legal process out of the jurisdiction:

Regrettably, the grant of such an order has become a mere formality - no enquiry ever seems to be made as to whether it is fair for a foreign media defendant to be hauled into a London court to defend a publication which may have sold very few copies here or which may have no relation at all to matters in Britain. The master or judge in the Royal Courts of Justice acts as a mere rubber stamp for the claimants: they pay their money, they make their witness statement and in a formal and quick procedure they are given their order without any thought as to how it will impact on free speech. All they need to show is one single downloading or one single publication within the jurisdiction. In automatically granting such requests for "service out" on foreign media defendants, English law, and English judges, manifest their contempt for free speech. They automatically decide to drag foreign media into the expensive and pettifogging English libel world, without the slightest enquiry into the fairness of so doing.

Prior to the Berezovsky case things weren't so bad, since a string of cases had decided against accepting jurisdiction where there was only tangential British involvement (Americans suing other Americans, for example). It is that 3-2 decision, according to the document, that has made London the libel capital of the world despite the long-established principle that there must be a "real and substantial" tort in this country. As an example, in Mardas v New York Times Mr Justice Eady (who he? - Ed) ruled that an action could be brought although a mere 177 copies of the offending publication has reached Britain and the story had been viewed on the internet only 30 times. On that occasion Eady declared that "it will only be in rare cases that it is appropriate to strike out an action as an abuse on the ground that the claimant's reputation has suffered only minimal damage and/or that there has been no real and substantial tort within the jurisdiction". "Strange in fact, but true in law" as a character on Garroway's Law had it last night. (In the same judgement, Eady complains - this is a year ago - that "it is fashionable to rage against libel tourism". It's even more fashionable now!)

The document suggests that it might be "a matter of some embarrassment to UK legislators that freedom of speech in the UK is dependent on the long purse of foreign news organisations". But in any case, it seems that American publications, hit by falling revenues, are increasingly reluctant to fight English libel actions. Instead, we may face a future in which the Wall Street Journal, Vanity Fair or the Herald Tribune are no longer on sale in London and firewalls block British-based computers from accessing their sites. This would cause economic damage to British business, it would turn Britain into a digital island, cut off from the rest of the world by impenetrable cyber-fog, and it would ruin my internet experience. It would also "draw international attention to the UK's failure to protect free speech". If, that is, sufficient attention has not been drawn to it already.

But the really fascinating part of the document comes in its dissection of the small, indeed incestuous, world of English libel practice. The dominant position occupied by the solicitors' firm Carter-Ruck is notorious. Less well known is the fact that two sets of barristers' chambers - 5 Raymond Buildings and 1 Brick Court - between them account for the vast majority of libel work. And they also supply the judges. Rather as old footballers become coaches, successful libel lawyers find themselves elevated to the bench, where they have free rein to maintain and enforce the very laws that made them rich, and which are still enriching their old friends and colleagues who stand before them. There are four of them at present, two from each set. It's all very cosy. The other week in The Times Janice Turner made an interesting comparison between Somali pirates and City bankers. Perhaps libel lawyers and judges might be compared to Afghan warlords or Mafiosi. The submission notes:

It is quite surprising to foreign eyes, who have a different experience, that whoever allocates High Court judges does not think that judges bred in any other disciplines - e.g. public law, which gives some training in freedom of speech - are qualified in or capable of handling trials for libel. The result is that the only judges available in England for libel trials are steeped in the arcane world of common law libel, which has developed without much respect for rights of freedom of speech. This has a financial consequence for defendants: it means that in order to make the law fairer and more favourable to free speech, defendants cannot expect libel judges to have much sympathy.

It also explains a lot. Despite some good recent decisions, it's still quite unusual for libel decisions to be overturned by the Court of Appeal (if the defendant has the resources even to make the effort). Presumably the appeal judges are overawed by the superior expertise of lifelong libel practioners who sit at first instance. One case where an appeal did succeed, Jameel v Dow Jones, "exposed how libel judges from libel chambers had been sabotaging the Reynolds public interest defence since 1998". Well, they would, wouldn't they?
Email Post
Labels: Eady J free speech journalism law libel Politics