Screwed by the state 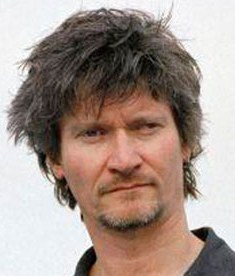 Are undercover police allowed, or even encouraged, to sleep with "targets" as a means of gaining intelligence on environmental protesters and other political subversives?

One would hope not.  Such a practice would be deeply unethical. It would represent a fundamental violation of trust and an invasion of privacy and cast senior police officers in the role of pimps. The people (mainly women) targeted in this way are human beings, and citizens. It's not just sex on the job, and it's not just "crossing a line": we're talking about the emotional manipulation of people when they're at their most intimate and vulnerable, what one lawyer has described as "the sexual and psychological abuse of campaigners for social justice". It can't be right.

But that's what spies do, though, isn't it? Sleep with sources. Everyone knows that. It works for James Bond. That's what Mr Justice Tugendhat apparently thinks, anyway.

He was ruling in an action brought last year by group of women and one man (the cuckolded boyfriend of one such "source") against the police claiming damages for breach of their human rights (under the Human Rights Act) and for civil tort. The case comes after it emerged that an undercover officer, Mark Kennedy, a married father of two, had carried on covert sexual relationships with several women, in one case for six years, while spying on them and their fellow eco-warriors. The revelations caused shock and outrage, along with a fair amount of titillation in the Daily Mail and the Guardian (those conjoined twins of media self-righteousness). Kennedy's superiors in the Met denied that they knew of or condoned his behaviour. An official report by HM Inspector of Constabulary mentioned "indications that Mark Kennedy was becoming resistant to management intervention" and implied that he had been at best inadequately supervised and quite possibly a rogue officer.

Kennedy himself, though, suggested in interviews that sex with environmental campaigners (or "domestic extremists", as the police like to call them) was part of the job, essential to maintain his deep cover and to avoid raising suspicions (there are no virgins at hippy camp), and that his supervisors at least tacitly knew what was going on.

Today's ruling concerns a rather technical point of law, but one with huge implications for open justice where state surveillance of political protest is concerned. When the women initially filed their case, lawyers for the police (The Met, the South Wales Police and ACPO) argued that the officers' activities were implicitly authorised under the Regulation of Investigatory Powers Act (RIPA). Even the sex was covered, whether or not supervisors had known of it, because the act allows for "personal and other relationships" with suspects and unwitting sources of intelligence. The police then argued in court that the case should be heard instead by the Investigatory Powers Tribunal, a body that sits in secret, where "security" evidence cannot be properly challenged and from which there is no appeal.

Tugendhat found that the human rights claims were indeed reserved for the IPT, and that while the tort claims should be heard by the High Court, this would not take place until the IPT had reached its decision in secret. If the IPT found that the undercover officers had been acting within the scope of RIPA authorisation, indeed, the civil claims might never be heard in open court. This is where James Bond came in. The question was: could intimate sexual relationships form part of an undercover officer's work as authorised by RIPA? Could this be what the act's framers had contemplated? Tugendhat's answer, in part, was that indeed it could, because 007 gets up to that sort of thing all the time.


James Bond is the most famous fictional example of a member of the intelligence services who used relationships with women to obtain information, or access to persons or property. Since he was writing a light entertainment, Ian Fleming did not dwell on the extent to which his hero used deception, still less upon the psychological harm he might have done to the women concerned. But fictional accounts (and there are others) lend credence to the view that the intelligence and police services have for many years deployed both men and women officers to form personal relationships of an intimate sexual nature (whether or not they were physical relationships) in order to obtain information or access.

In other words, he went on, at the time that RIPA was being passed "everyone in public life would have assumed, rightly or wrongly, that the intelligence services and the police did from time to time deploy officers in this way." So yes, RIPA authorisation probably does extend to sex - provided that the relationships themselves are not "degrading".

What a strange argument. James Bond isn't just "fiction", it's escapist fantasy with about as close a connection with the real work of the intelligence agencies as Ghostbusters does to the weekend activities of Hayley Stevens and her friends. It doesn't "lend credence" to anything. The same goes for other spy thrillers. Audiences know that it's not really like that, or even like Spooks. One would certainly hope that legislators do. And Mark Kennedy's "targets" weren't exotic Russian agents with a handbag full of nuclear secrets and the sexual etiquette of a praying mantis, either. Nor were they dangerous international terrorists intent on blowing up airports or shopping malls. They were tree huggers, filthy hippies, largely peaceful activists engaged primarily in democratic dissent, however misguided or naive. Their brand of "domestic extremism" encompassed, at the most, acts of trespass and minor damage to property.

Nor was Mark Kennedy any kind of super-spy, putting his body on the line for the sake of Queen and country. The intelligence he gleaned during almost a decade spent undercover (and under the covers) doesn't seem to have amounted to all that much. He got himself arrested at a demo in 2006. He helped obtain the conviction of 20 protesters at Ratcliffe-on-Soar power station for aggravated trespass, all of which were subsequently overturned when his role as an agent provocateur came to light. The HMIC states that he provided "useful intelligence" on an anti-fascist group, a European anti-capitalist protest group and a "network of anarchist groups" set up to disrupt the G8 summit in 2005. That was about it.

If Bond is a reliable guide on the appropriateness of undercover police officers indulging in sexual relationships with people they are supposed to be investigating for political protest, why wouldn't the officers equally at liberty to liquidate their sources when they cease to be useful? 007 has a licence to kill, after all, and regularly uses it to bump off his conquests. Many members of the public believe that secret agents behave like that anyway, and I don't think Parliament has ever explicitly forbidden it.

Part of the problem with Mark Kennedy was that he came to believe that he was the hero of his own thriller, doing things of vital national significance. But then this sort of self-aggrandisement is common enough in the culture of the organisations for which he worked, as typified by the use of terms like "domestic extremism": give something a scary-sounding name, and it is instantly metamorphosed into a serious threat. The last thing we need is High Court judges "lending credence" to their Fleming-style fantasies.

Another thing: apart from a short report in the Guardian, today's ruling has had very little media coverage, despite its potentially huge consequences for the rule of law. I realise, of course, that agents of the state engaging in sexual manipulation against peaceful, and essentially law-abiding, protesters matters far less than what some people on Twitter said about what Julie Burchill said in the Observer about what some other people on Twitter said to Suzanne Moore about what she'd written in the New Statesman. You'd think, though, looking at it from the outside (as I do) that the actual fucking police literally fucking duped activists and then using an obscure legal procedure to deny their victims open justice would interest people who call themselves radical and progressive rather more than a throwaway remark made by one self-identified feminist journalist, or even the genuinely offensive comments made by another high-profile feminist journalist a few days later in her defence, which is at the end of the day just words. You'd think so.

What gives? Is it because Lefties expect the police to behave like fascist oppressors, so it's not really of much interest when they do, whereas when someone identifying as a left-wing feminist uses a left-wing newspaper column to say something contrary to the current approved rulings of the gender police it's a massive scandal? Or are left-wingers simply more interested in arguing the toss about words because, well, very little is actually at stake?
Email Post
Labels: civil liberties law police Politics surveillance