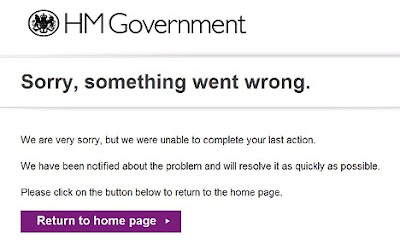 The government's new e-petitons website has the look of a hasty, ill-thought-out gimmick. It keeps crashing. Some users report log-in problems. It's hard enough to navigate even when it isn't crashing - you have to scrawl down through a long list of petitions, randomly arranged, most of which seem to revolve around a handful of predictable topics, the small change of radio phone-ins and green-ink letters. A high proportion of them seem to be either for or against the restoration of hanging.

Paul Staines, of course, is responsible for the site getting any attention at all. His campaign for a return of capital punishment for the murderers of children and police officers is partly - many suspect - a Trojan Horse for an anti-EU agenda. The restoration of the death penalty would be incompatible with continued membership of the EU, for the practice is banned under the Charter of Fundamental Rights. And even leaving the EU (a far worthier cause, in my view, than bringing back hanging) wouldn't be sufficient. The country would also have to withdraw wholesale from the European Convention on Human Rights (no derogation is possible from Protocol 13, which permanently and in all circumstances abjures the death penalty); and from the International Convention on Civil and Political Rights, which also has an anti-capital punishment Protocol to which the UK is fully signed up.

So a return to capital punishment is not going to happen. It's about as likely as the restoration of immersion as a method for detecting witches. Can we just forget about it, please? Can we just stop feeding the uber-troll?

Last time I checked, a rival petition calling for the UK's ban on capital punishment to be retained was leading Staines' pro-hanging petition by a margin of more than two to one. While this is proves that the liberal forces congregated on Twitter are more than a match for Guido Fawkes' media-baiting (they all fell for it) campaign, it says nothing about the actual state of public opinion and even less about the strength of the arguments on either side. And it would be ironic indeed if it was the anti-death penalty petition that reached the magic 100,000 names needed to trigger a Commons debate. It would still mean a pointless, time-wasting debate about capital punishment, however. It would still be a triumph for Staines.

All the same, I'd like to draw attention to other topics that the e-petitions website has to offer, any one of which might (in theory at least) get debated by Parliament. When I last looked, only one of the more than one thousand on the list had attracted anything like the attention - or signatures - of the main pro- and anti- capital punishment petitions. That was a call to keep Formula One on free-to-air TV. With 720 signatures, it was closing in on Guido's pro-hanging one which was on 813. (The opposite proposition was on 1755.) By contrast, most petitions had support in single figures. A high proportion counted a single vote in favour - presumably that of the person who suggested it.

There are a large number concerned with various aspects of motoring and road safety and several regarding that other old standby, the right of homeowners to kill burglars. There are calls to legalise drugs, to create an English parliament, to raise the TV watershed and to ban smoking in prisons (whether that one comes from an anti-smoking fanatic or from someone who simply wants to make prison more punishing is unclear). A call to free Murdoch gloupier Jonnie Marbles had, when I checked on it, attracted (apart from its proposer) no support whatsoever.

There's also a salon des refusés, listing petitions that have been rejected. Many of these concern calls to abolish the BBC licence fee. Is that so much more outrageous a suggestion than restoring capital punishment? The explanation given for the rejection is that "there is already an e-petition about this issue." Yet the only e-petition concerning the licence fee calls for it to be abolished by 2013 - a more more specific (and impractical) proposal than that it should be phased out over a longer period.

Moreover, there are in excess of 30 "live" petitions calling for the return of capital punishment, and no rejected ones. There are also several petitions demanding that capital punishment remain abolished, no fewer than 15 calling for the repeal of the Human Rights Act and/or withdrawal from the European Human Rights Convention, a handful opposing Sharia law, demanding longer prison sentences, calling for higher alcohol prices or for speed limits to be raised (or, alternatively, lowered). There are, it seems, duplicate petitions available on every subject for which people have independently submitted them, except for that of abolishing the TV licence. I find this somewhat suspicious.