What we can learn from gay finches 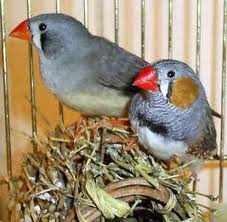 A "science" story from last week illustrates that peculiar facet of early 21st century morality, the heteronormalization - if you will permit me to use such an ugly piece of jargon - of gay relationships. Like most "science" stories that feature in the press, it says more about our modern culture than it does about the abstract realm of knowledge, from the strangeness of the conceit that lies behind it to the anthropomorphizing conclusions that we are encouraged to draw.

Julie Elie, who led the reasearch at Berkeley, California, "found when young male finches were raised in same-sex groups, more than half of them paired up with another male. When females were introduced to their group the males ignored them in favour of their current partner."

This apparently shows that "relationships in animals can be more complicated than just a male and a female who meet and reproduce, even in birds." If you were being politically incorrect (as well as being anthropomorphizing), you might think it shows that sexuality can be moulded by the environment. There's no suggestion here that the finches have a "gay gene". Only the lack of females made them turn to each other for company. Think of it as being a bit like an old-fashioned public school.

Of course, that couldn't possibly apply to humans. Instead the story concentrates on the romantic possibilities of pair-bonding among the finches.


Bonded birds, Dr Elie explained, perch side by side, nestled together. They also greet each other by "nuzzling" beaks.

When finally introduced to girls, the lads just weren't interested:


Out of eight males that were engaged in same-sex pair-bonds, five ignored the females completely and continued to interact with their male partner.


According to Julie, "A pair-bond in socially monogamous species represents a cooperative partnership that may give advantages for survival," said Dr Elie. "Finding a social partner, whatever its sex, could be a priority." And just to make sure we get the message, the BBC report opened with the bald statement that "Same-sex pairs of monogamous birds are just as attached and faithful to each other as those paired with a member of the opposite sex."

Of course, if you know birds at all well (even "monogamous" birds) you'll realise that that probably isn't saying much. There's more sly adultery in your average hedgerow than in and around the Premier League or some of the posher areas of London. But still, the ideal is there. At the centre of the relationship is the couple, rather than the possibility of offspring, which even for zebra finches (at least, for male zebra finches) isn't much of a priority. They just want some other finch to preen and sing to. That's what we're supposed to think, anyway.

As I wrote recently elsewhere, the gay civil partnership doesn't just (or even mainly) represent the extension of rights traditionally enjoyed only by heterosexuals. It also represents the apotheosis of coupledom, the clearest possible demonstration of official faith in the moral superiority of the two-person relationship. The moralisation of the couple - a unit both erotic and companionate - might (if you want to go back that far) be traced to Plato's Symposium, but the more immediate source is the Protestant Reformation, which held it out as an alternative ideal to the Catholic cult of virginity. Marriage, in the Catholic view, was mainly intended for procreation, hence the ban on contraception and the preference for large families.

But we shouldn't really be imposing such ideas on finches. Clearly they have a strong instinct to pair up, strong enough to override the normal preference (in the wild) for a finch of the opposite sex (or possibly - here's a suggested further experiment - of the same species). But it's speculative to assume that this has anything to do with "a cooperative partnership that may give advantages for survival" rather than as a reproductive strategy. Perhaps some of these finches are just too stupid to notice that they're sharing a nest with another bloke.