At the end of life's tether 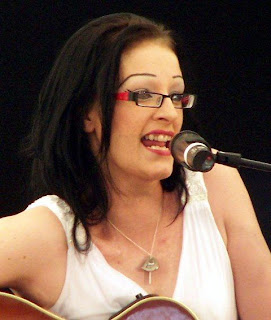 Two weeks ago I was utterly at the end of my tether, a wobbling mess of a person who was waking up every day wishing I hadn't. Disabled people do struggle - profoundly at times. I can't deny that, my own life proves it to be true. There are three people in my family with additional needs. One of them badly needs but doesn't have adequate social care provision, I can't find a member of care staff to get me out of bed most mornings who is willing to work for the allocated money in these circumstances. Life has become permanently stressful, draining every last spoonful of my energy, so I am now in constant pain, have daily migranes and keep falling asleep by accident. Then one of my girlfriends broke up with me - now the second long term partner I have lost citing 'my circumstances' as the reason. By anyone's standards I was having a pretty bad time. I felt like I was grasping hold of the last strand of my sanity.

So.. just like non disabled people do, I nipped down to my wonderful GP who said 'Oh you look VERY tense', I blubbed like a baby and came home with a fistful of antidepressants (again) having been told it's only to be expected with a life as difficult as mine. Thank goodness for his sensible approach.

In the UK this week, affluent writers like Terry Pratchett and Martin Amis are swamping the press with calls for death clinics (again!) for those with nothing else to worry about except their impairments, while those of us in poverty and lacking the services and resources we need know that should assisted suicide become legal here, people will end up being killed because of things which could be fixed.

But dying, with, or without the assistance of a death clinic or my family would not make this situation better, neither would killing one of my children. It would also not help me if when I had popped down the GP, I left with a Dignitas leaflet.

I can just imagine the leaflet now:

STOP BEING A BURDEN TODAY!

Dignitas: because peace and dignity in life is expensive and takes effort.
In what way would my death, or my child's, make life better for my family, exactly? Which would improve my kids' lives best - being orphaned, or having their sibling killed? These are ridiculous questions, which nobody in their right mind would consider, surely? Hence the availability of mental health treatments, which perhaps might have helped save two disabled people in recent news from being killed by their own mothers.

Lynn Gilderdale, a disabled woman who was a friend of friends of mine, was, apparently, suicidal - maybe she even made a poor attempt at suicide (it's hard to tell, she didn't live to tell the tale). Non-disabled people do that all the time, without managing to die and often it seems pretty clear their attempts had no chance of working. It's generally seen as a cry for help and it seems pretty clear both women were in desperate need of help. However, instead of calling an ambulance to Lynn's alleged failed suicide attempt, her own mother, Kay, set about finishing the job off. Her determination ledto Lynn suffering multiple assaults over a period of 30 hours before she eventually died. It seems the reason for her mother's actions was that Lynn was suffering and a terrible burden so it was an heroic 'mercy killing'.

Why was she suffering so? Why was she such a burden? If I was in my 30's and having to live with parents who can't manage the workload involved in supporting me, I'd be suicidal too - wouldn't you?

Lynn's is not an unusual story. Neither is the story of her mother walking free from court. Lynn has been neglected - not by her mother, but by our society and how it chooses to isolate and ration provisions for disabled people. Is death really the only route to peace for disabled people who haven't got heaps of spare money? If so - why are we allowing this to happen?

Similarly, I am furious about the supposed public outcry against the jailing of the woman who killed Thomas Inglis, his own mother Frances. Killing someone because they are disabled is not merciful and kind. It should be exactly the same kind of crime as killing someone who is not disabled. Parents who deliberately kill their children are not liberating heroes - they are murderers.

Is everyone celebrating Kay Gilderdale's heroism, or supporting Frances Inglis, really so uncreative that they cannot think of a less murderous way out of such an awful situation than death? Poor, poor creatures.. no maybe you are right - maybe some of you COULDN'T survive becoming disabled.. not because being disabled is so hard, so terrible, so utterly unbearable, but because you just haven't got the guts.

I think it's more likely though, you would be surprised to find, as most of the rest of us do, that you are stronger than you think, that you are more creative than you think, that you, with the right provisions, would still find a way to live a valuable, enjoyable life and be a part of your family.
Know what? I do, nearly all the time. In fact I seem to be pretty much the same as non-disabled people, mostly I'm ok, sometimes I'm on top of the world and occasionally I get depressed if life is particularly hard. Nobody kills anyone else for reaching this state of mind and gets away with it. There is no legitimate reason to kill some of us off and not the others. There are people who have lived through the most terrible horrors.. yes, even things WORSE than being disabled.. and we aren't proposing to kill them, are we?- so why - apart from the money - single out people with high support needs for special death clinics? Do parents of non-disabled offspring who feel suicidal also walk free if they kill them, instead of helping?

If the people of this country think suicide clinics are a good idea for suicidal people - build them for everyone and give us equal access. If you don't like that idea, have a think about why, and maybe, just maybe, if you consider it carefully, you'll find the reasons why they are a bad idea to be the same for all of us.