How to hand back a prize 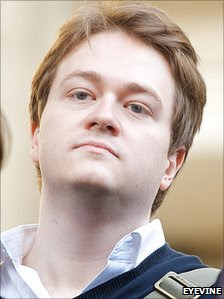 The disgraced Independent columnist Johann Hari handed back the Orwell Prize for Journalism he won in 2008. We've known that for some time because he said so himself in what might well turn out to be his last column for the paper. We'll see. The Orwell Prize Council also put out a short statement acknowledging that Hari had returned the prize. Not that they were planning to allow him to keep it, of course.

A fuller statement from the Orwell Prize today has put some flesh on these bare bones. We learn that the committee reached its decision on the basis of one of Hari's prize-winning pieces, an account of women and multiculturalism that was substantially plagiarised from the German magazine Spiegel. That, too, was previously suspected. At least one of his other Orwell submissions has also been the subject of much comment elsewhere as to its reliability, but the facts in that case were somewhat murkier. The multiculturalism piece was a fairly clear-cut example of poor journalism and provided the Orwell committee with an easy way out of their embarrassment.

Hari himself wrote that he had only returned the prize as an act of "contrition" for the errors he made elsewhere, "even though I stand by the articles" which won it. So presumably he still rejects the committee's finding that "the substantial use of unattributed and unacknowledged material" in the offending piece "did not meet the standards expected of Orwell Prize-winning journalism." Not much contrition there.

But what does it mean to say that Johann Hari returned the Prize? Not, we learn today, that he actually returned the £2000 prize money. Instead, he returned a plaque with his name on it. A fine trophy, no doubt, and one that looked splendid on his mantelpiece - but was it in fact "the Prize"? Was it not rather a mere symbol of the Prize? Rather as an A-level certificate is not the same as an A-level, but merely serves as proof that the bearer has successfully passed the exam.

Either the Orwell Prize is rather more esoteric than that - it consists in the prestige of having won it, the fact of one's name appearing in the list of winners, but more particularly in the fact of being the winner - in which case it is impossible physically to return or hand back the prize. Or it's the money. It's probably a bit of both, money and prestige, but on balance I would argue that the Orwell Prize, insomuch as it may be said to have an existence in the corporeal realm, is the money. At the very least, the money is more intrinsic a part of the prize than the plaque, which is as I said a mere momento. The cash is the only element of the prize per se that can actually be handed back.

So Johann Hari hasn't returned the Orwell Prize, has he? He has merely accepted that he will no longer be described as being its winner, which isn't the same thing at all.
Email Post
Labels: journalism