Will Young: not "bovred" about free speech?

This is a guest post by Rev. Julian Mann 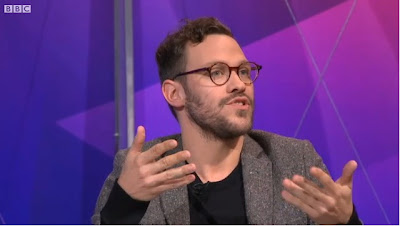 Pop star Will Young speaks for his generation in declaring that vicars should be prosecuted for denouncing same-sex marriage.

In his exchange on BBC Question Time with Daily Mail columnist Janice Atkinson, Mr Young, 33, declared 'rightly so' in response to her concern that Christian and Muslim clergy who described same-sex marriage as 'abhorrent' could be taken down to the police station.

Significantly, last week UKIP raised concerns about the hate crime implications for those opposed to same-sex marriage on religious grounds: "If the government does legislate in this way, we believe that any criticism of same-sex marriage which may be expressed by someone on the basis of their faith could be classified as a 'hate crime'. That would be a grotesque assault on people's freedom of conscience."

Mr Young, who rose to prominence through being a contestant on the Pop Idol TV programme in 2002, is representative in his outlook of those who reached adulthood under New Labour. Freedom of debate is not a cultural value they are particularly bothered about. In fact, they are more bothered that their individual moral choices should be protected from criticism by the politically correct equivalent of a rigorously enforced blasphemy law.

Christian apologist Francis Schaeffer* (1912-1984) predicted the current moral indifference to the preservation of liberty. In his 1976 book How should we then live? he wrote:

I believe the majority of the silent majority, young and old, will sustain the loss of liberties without raising their voices as long as their own life-styles are not threatened. And since personal peace and affluence are so often the only values that count with the majority, politicians know that to be elected they must promise these things. Politics has largely become not a matter of ideals - increasingly men and women are not stirred by the values of liberty and truth - but of supplying a constituency with a frosting of personal peace and affluence. They know that voices will not be raised as long as people have these things, or at least an illusion of them.

Liberty as Western civilisation has been privileged to receive it is indescribably fragile without a firm societal commitment to the truth as God has revealed it in Jesus Christ.