Nicola Edgington, mental health and the failure of justice 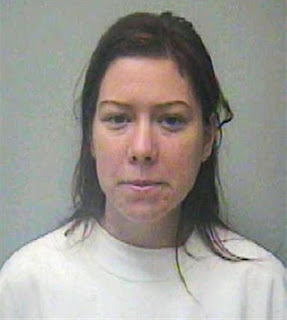 Nicola Edgington was an accident waiting to happen. In 2005, suffering from severe mental illness she killed her mother, stabbing her nine times in the face, neck and chest with a kitchen knife. She was sent indefinitely to a secure mental hospital where she was diagnosed with paranoid schizophrenia, but was released after just four years with what seems like inadequate supervision. Two years later, she murdered 58 year old Sally Hodkin in the street with a stolen butcher's knife and attempted to kill another woman, 22 year old Kerry Clark.

Just prior to these attacks, Edgington made repeated attempts to get help. First she contacted the police, who accompanied her to Queen Elizabeth Hospital in Woolwich in the early hours of 10th October 2011. Despite her professed desire to be detained under the Mental Health Act, hospital staff told her to wait. Increasingly worried about what she might do, she then made no fewer than five 999 calls from the hospital asking for further help from the police. The calls were replayed during her recent trial for murder.

Here's a selection of her pleas:

"I need to go to a mental hospital. I need the police to come now. I done a murder five years ago."

"I need for the police to come because I have had a nervous breakdown before and I killed someone."

Could you please send a car here now please this is very important.'

Do you want me to hurt someone here, I'm telling you if you don't come to Queen Elizabeth Hospital I'm gonna end up hurting someone

'I'm a very dangerous schizophrenic and if you don't come and help me I'm gonna end up hurting someone.

'I have got very strange ideas, I think I'm at the gates of heaven, I think.'

Nevertheless, it was deemed that the hospital waiting room was a "place of safety", so there was no need to involve the police further. Eventually, some attempt was made to arrange a specialist assessment, but shortly before seven in the morning Edgington simply walked out of the hospital, found a suitable knife and selected her victims.

Much of the attention tonight is on the failures of the police, detailed in an IPCC report, for example the failure to carry out a police national computer check which would have alerted them to Edgington's conviction for manslaughter on the basis of diminished responisbility. Other, more striking failures might be laid at the door of hospital staff who failed to give Edgington the help she plainly needed, or indeed the decision to release her from the secure hospital two years before. It might be asked what kind of care she was receiving in the community. But I'd like to focus on the outcome of the trial and the sentencing remarks of Judge Brian Barker, which betray an outrageous and profound ignorance of the nature of severe mental illness and display attitudes quite astonishing in a supposedly advanced and civilised society.

That Edgington was charged with murder at all, given the strong evidence of her long-term psychosis and previous hospitalisation, is remarkable enough. It is especially remarkable since, it turns out, the trial had been postponed because Edgington, who has been detaine in a secure mental hospital since the tragic events of that October day, was at first considered too ill to stand trial. The CPS argued, against all logic and the medical consenus, that she was suffering merely from a borderline personality disorder - and that she was therefore in full command of her faculties. Why they should have come to this conclusion is a mystery, though Edgington's conviction for intentional murder might be said to take some of the blame for her crime away from the failures of the NHS, the police and the criminal justice system. The defence was able to produced two senior psychiatrists who said it was almost impossible for Edgington to have been misdiagnosed as schizophrenic.

When the jury, who were perhaps influenced by a sense of outrage at the barbarity of the slaying, returned a verdict of murder, the judge had no choice but to impose a life sentence. But he had considerable discretion as to tariff and remarks. He proceeded to use that discretion to ignore all the evidence before him of Edgington's condition and of her attempts to get help before it was too late, preferring instead to treat her as fully responsible for the crime, almost as though she had no mental illness at all.

In his sentencing remarks (pdf), judge acknowledged that Edgington had been diagnosed in 2005 as suffering from "paranoid schizophrenia with a prominent mood component" and that despite the apparent improvement that had enabled her early release she subsequently suffered "a relapse of some sort". He also stated that "it may well be" that both before and after the attacks she was "experiencing some form of transient psychosis". In other words, she was not in control of her actions. Yet he went on to describe her as "manipulative" as well as "exceptionally dangerous" and concluded that she had pursued "a consistent and calculated course of criminal conduct." Barker noted the submission made on Edgington's behalf by her barrister, John Cooper QC, that she "had a significant condition and at the time were a woman in crisis trying to comply with directions in the care plan." He then dismissed this self-evidently true proposition:


I disagree that responsibility for these acts can be laid at the door of others. You made a choice and the fact is these were terrible acts, and you must take responsibility for what you did. I cannot ignore the fact that you have killed before and that overall you have come as near as can be to having three deaths at your hands.


The main mitigating feature is that you suffer from a mental disability, but on the particular facts of this case there is no convincing case to conclude that the abnormality reduced your culpability to any significant extent.

He then sentenced her to a minimum term of 37 years. In prison, presumably, although she clearly belongs in a hospital.

A tragic and senseless murder of an innocent woman, whose profound misfortune it was to cross the path of someone in the grip of profound psychosis, inevitably produces anger and a desire to blame the perpetrator. But I cannot see how justice is advanced by a legal fiction that treats such a troubled individual no differently from the most sane and cold-blooded killer. It is evident, or should be, that in moments of lucidity before her descent to homocidal actions she had attempted to get help: that is scarcely the behaviour of a pre-meditated and "manipulative" criminal.

Besides the profound injustice of sentencing a mental patient as though she were at all material times fully compos mentis, and the unforgivable ignorance and prejudice displayed in Barker's remarks, there's also a demonstrable failure of logic. If, in the judge's view of the evidence, Edgington was suffering from "transient psychosis" at the time of the murder, it surely follows that she cannot be held fully responsible for her actions.