The Lib Dem's Jo Swinson, as you may well have heard, wants to ban or at least restrict airbrushed adverts, on the grounds that they encourage young girls - who never in their lives see a real woman, after all - to have "unrealistic expectations". The proposals, which include the idea that advertisements not aimed at women "should be honest and upfront about how much digital manipulation has taken place", are silly and unworkable as well as illiberal. But they are headline-grabbing, and that was presumably the idea.

Swinson complains (in the Guardian)

Open any magazine or newspaper, and you're bombarded with images of "perfect" women, advertising everything from cars to alcohol, deodorant to face cream.

Many of these images are not realistic. As technology has advanced, adverts are ever more retouched, airbrushed and detached from reality. Spots and blemishes are removed, complexions made flawless, waists and legs made slimmer by digital liposuction. Yet these are the images that young – and ever younger – girls are aspiring to.

Arguments like Swinson's tend to assume that new technology raises new and unprecedented challenges. But there's nothing new about airbrushing - or, at least, the principle behind it. 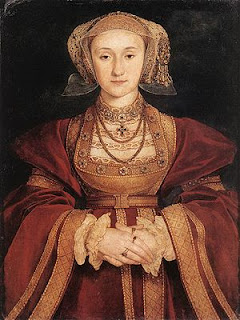 It used to be called artistic licence. Painters throughout history have wanted to flatter their sitters. In former centuries most people were stunted and disfigured by smallpox (or the other sort of pox), but you'd never know it from the art. Anyone today relying on portraiture would end up with a wholly misleading impression of what people in former times looked like, but a fairly accurate idea of the physical ideals to which they aspired. Elizabeth I, by the end of her life, resembled a decayed hag with rotting teeth, but even in the later portraits she doesn't look a day over forty. Perhaps a 17th century Jo Swinson would have been complaining that Rubens gave young women unrealistic expectations of their ability to put on weight. History's most notorious application of the airbrush was probably Holbein's 1539 depiction of Anne of Cleves. Henry VIII liked it so much he bought the subject - and I'm sure you know what happened next. But I've occasionally wondered why the artist didn't lose his head for so grossly misleading his patron. Could it be that the king was well aware of the difference between image and reality?

But why stop there? Classical Greek statuary idealised the human form, male as much as female, and their gods were, like modern celebrities, a constant reproach as well as an inspiration to mere mortals. While the Romans - of the republican period, at least - were happy to be portrayed warts and all, many scholars argue that this, too, was a pose: valuing the rugged virtues of maturity and toughness, they modelled themselves on the weatherbeaten farmers of their semi-mythic past.

Only with the coming of photography in the 19th century did the expectation arise that a picture should be an accurate representation of its subject. And even then, it wasn't long before techniques for retouching photographs were developed, primitive, perhaps, but still eloquent about how society expected people - alright, women - to want to look. And there were still paintings and drawings. It strikes me, too, that as a vehicle for promoting conformism in matters of appearance, the airbrushed images on advertising hoardings are considerably less deleterious to womens' mental and physical health than the whalebone corset. Or white lead.
Email Post
Labels: advertising art culture gender politics Lib Dems Politics Society