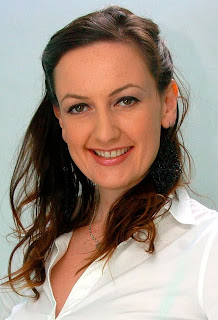 Span's renowned 2006 production, Hug A Hoodie, used footage of hardcore sex-acts to cast a rigorous eye on social breakdown on some of our less salubrious council estates. Notwithstanding such high-mindedness, the BBFC censored one scene featuring creative use of someone's foot. Ah well. Last year she celebrated victory after winning another tussle with the censor over a scene of female ejaculation. The BBFC denied that such a thing were even possible, but the determined Ms Span provided them with "irrefutable scientific evidence in support of model DJ’s ability to ‘squirt,’ as it is known in the adult industry." She boasted that she was proud to have "made a difference to women who experience this in their own lives throughout the UK. It was never fair that the BBFC dismissed their orgasms as urinary incontinence." The offending film, indeed, was part of an altruistic project to increase female involvement in the porn industry:

Arrowsmith's road to Parliamentary candidature has not been altogether smooth. Just last month, after an unsuccessful selection meeting, she Tweeted that she was "a bit upset today as my dreams of being a Lib Dem candidate at next election have all gone. I am not sure any local party will Vote for someone who has worked in adult industry. Even the supposed liberals!" Less than a fortnight later, however, she was celebrating her triumph in Kent. And at a House of Lords meeting in honour of International Women's Day she commented that she'd met "women from all parties and backgrounds who were very supportive of my becoming an MP after my previous job. Nice!"