The Truth about that Charlotte Church "countdown clock"

Here's how Laurie Penny begins her latest Guardian tirade against (anti-female) sexism in the media:

Charlotte Church was 15 years old when Britain's best-read daily newspaper began a public countdown to the day on which she could be legally fucked. The singer, now 25, told the Levenson inquiry into press ethics and standards that the feature made her "feel horrible", and described over a decade of bullying by the Murdoch media group and others. 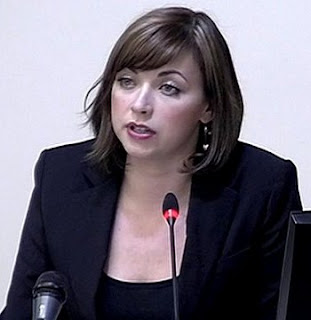 Laurie is, of course, referencing Church's evidence to Lord Justice Leveson on 28th November, in which the singer claimed that The Sun had run this sleazy feature on its website in the weeks leading up to her 16th birthday. Like almost everyone else who has covered the story, she accepts Church's recollection completely at face value. Few if any questions have been asked. Even News International has been subdued in its denial, a spokesman stating merely that the company "had uncovered no evidence" that it had ever run such a countdown. Perhaps, like sensible MPs during the expenses scandal, NI wants to keep its head down. It was left to others, after all, to rebut the Guardian's false claim that the News of the World deleted messages from Milly Dowler's voicemail.

I suppose it's easy to think badly of the tabloid press, given some of the revelations. Almost any claim, in in present atmosphere, seems plausible. But it's possible to exaggerate their villainy. And there is no evidence whatever that The Sun (or for that matter any other tabloid newspaper) ran a "countdown clock" around the time of Charlotte Church's 16th birthday. There's no evidence because (almost certainly) it didn't happen.

There was such a clock, but it was not (so far as anyone can tell) associated with any newspaper or media organisation. "Charlotte Church Countdown" was an anonymous website. Its existence was extensively reported in the media (including by the BBC), but almost entirely in terms of the Church management's response to it. Thus the Mirror reported on 13th December 2001:

A TWISTED new website is counting down the hours and minutes until Charlotte Church is old enough to have sex.

The lewd internet countdown features a picture of the 15-year-old star and a 24-hour clock, running backwards to her 16th birthday - when she reaches the age of consent - on February 21.

A spokesman for her record company said details of the website would be passed to the Cardiff star's legal team.

Charlotte is preparing for a busy Christmas. She will be interviewed by Michael Parkinson on BBC1 on Christmas Eve and a concert from New York will be broadcast on ITV the same day.

I quote that report in full, including the final sentence, because it raises the intriguing possibility that the publicity surrounding the "countdown", however unwelcome it must have seemed to Charlotte Church, was treated by her management as nevertheless being in some sense a marketing opportunity. But perhaps it was "Charlotte fan" Mark Adams who spotted it and was responsible for alerting the press.

Be that as it may, the site was closed down after Church's management took legal action, as was reported on 2nd January 2002 [but see update 3 below] . The Sun's own coverage of the incident is no longer online, but it is unlikely to have differed significantly from that in the Mirror.

Might Charlotte Church have been mistaken? Quite possibly. Human memory is notoriously fallible. And Church's witness statement (pdf) is inaccurate in other respects, too. She claims to have been fourteen at the time of 9/11, for example, when in fact she was fifteen. The questioning to which she, along with other celebrity witnesses, was subjected by the Inquiry can hardly be described as rigorous.

The Sun has many things to be ashamed of, but running a Charlotte Church Countdown Clock is not one of them.

UPDATE: The Guardian has now removed the first paragraph of Laurie Penny's article in response to my findings and at Laurie's request. See her comment below. Charlotte Church's (almost certainly false) claim about the Sun "countdown clock" however remains part of the formal evidence submitted to the Leveson enquiry and largely unquestioned elsewhere. Major journalism fail.

UPDATE 2: Simon Hinde on Twitter points out that Chris Moyles made distasteful comments about Church's 16th birthday on his Radio One show. This is true. He told listeners that he wanted "lead her through the forest of sexuality now that she had reached 16". The remark was the source of a complaint to Ofcom that was upheld. As Simon says, the BBC here was a worse offender than the Sun. Not for the only time.

UPDATE 3: (2nd Jan) An anonymous source sends me a clipping from the South Wales Echo, dated 2nd January 2002 - the date on which several outlets reported that the site had been closed down. It basically repeats the details given above, but includes an interview with CC's mother who is quoted as saying "This is disgusting. This is the first that we have heardabout this site and I think it is sick. We will do everything in our power to have it shut down."

Significantly, the report says that the site "was still running this morning despite assurances from her record company that it is being shut down."

UPDATE 4 (3rd Jan): Brendan O'Neill has written on the issue in Spiked. Since he was apparently unaware of my findings he is unable to explain how the countdown-clock mistake came to be noticed and removed, merely repeating the Guardian's own explanation that it was taken down "because News International denied it". (Amended 9/1/2012)

He has, however, found an archive copy of the original clock, here. This is a significant discovery, and should put to rest any lingering suspicions that the Sun may have had anything to do with it. In fact, if you follow the link to "William", the page's alleged creator, you reach a log-in address associated with the gossip site Popbitch. Moreover, the archive proves that the site was still visible as late as October 22nd 2004, by which time Charlotte Church was 18, despite claims that Charlotte Church's lawyers had had the site removed. This, of course, raises issues about the accuracy of the original reports - most of which, I suspect, were based on press releases put out by Sony.