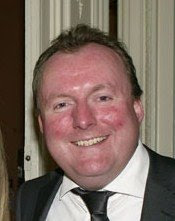 You have to feel just a little bit sorry for Damian McBride. And not merely because, at 34, the balding, florid-faced erstwhile "special adviser" doesn't look a day under fifty. No - he has suffered the fate of hired assassins throughout history. He was dispensable. Indeed, the more effectively he did his job, the more dispensable he became. Today's "apology" by Gordon Brown - timed, perhaps, to coincide with the news that Damian Green has no case to answer (thus splitting the difference between two embarrassing stories) - did contain the looked-for enunciation of the s-word, but apart from that was a typically Brownian lesson in evasiveness. "I was horrified, I was shocked and I was very angry indeed" he claimed. As no doubt he was. But whether his was most shocked at the content of the emails or the fact that they were leaked is less clear. This was the best line:

"I take full responsibility for what happened. That's why the person who was responsible went."

Logically, that constitutes a prime ministerial resignation statement. But the last time I checked Gordon wasn't en route to see the queen. Persumably what he was taking personal responsibility for - claiming responsibility for, more like - was sacking McBride. That's actually quite big of him, because when it was first put about that Smeargate's main man was departing Downing Street the story was that he was resigning out of his own sense of decency and contrition. Indeed, early reports indicated that the PM spent most of Saturday trying to work out a way of saving McBride's blotchy skin, so central was he perceived to be to Team Brown. But now Gordon wants everyone to know that it was he who first, loudest and definitively insisted that Damian must go. It was even stressed that McBride would not be entitled to a "severance package" (unlike, for example, Blundering Bob Quick, who would surely be under pressure to resign today, had he not conveniently had to go last week).

Since then, until this morning's prime ministerial "apology", the line has been consistent. McBride represented a culture of spin and smearing that has "no place in politics" (despite the overwhelmingly dominant place such tactics have had in British politics for more than a decade). He acted entirely alone. No-one else (apart from his colleague in villainy, Derek Draper, who has also been shunned) knew anything about it, or would have tolerated it if they had. (Really?) Indeed, his actions represent the polar opposite of everything Gordon stands for and has been labouring to achieve - all those "values" he keeps going on about, presumably.

Call him what you like - thug, bully, mud-slinger, symbol of everything that is most lamentable and pernicious about modern political culture - one thing that has never been in doubt is McBride's ferocious loyalty to his boss, a man for whom he was willing to do practically anything. He smeared Brown's opponents and possible rivals within the Labour party, he fabricated scandals (according to Boris Johnson the other day, the Myra Hindley row that overshadowed the launch of the London Olympics last year was one of his), he kept the press pack on their toes. By the look of him, the strain seriously damaged his health. It may even (hints Guido, not to mention McBride's own raddled complexion) have driven him to drink. And his reward? The bodyguard's privilege of dying in a hail of bullets aimed at someone else. Undying ingratitude. Journalists who once trembled at his every utterance will now cross the street to avoid is gaze.

I am often reminded, at times like this, at one of the more memorable passages from Machiavelli's The Prince:

When Cesare Borgia occupied the Romagna he found it under the rule of weak masters, who rather plundered their subjects than ruled them, and gave them more cause for disunion than for union, so that the country was full of robbery, quarrels, and every kind of violence; and so, wishing to bring back peace and obedience to authority, he considered it necessary to give it a good governor. Thereupon he promoted Ramiro de Lorqua, a swift and cruel man, to whom he gave the fullest power. This man in a short time restored peace and unity with the greatest success. ...And because he knew that the severity had caused some hatred against himself, so, to clear himself in the minds of the people, and gain them entirely to himself, he desired to show that, if any cruelty had been practised, it had not originated with him, but in the unscrupulous character of his minister. Under this pretence he took Ramiro, and one morning caused him to executed and the two parts of his body laid out on the piazza at Cesena with the block and a bloody knife at his side. The barbarity of this spectacle caused the people to be at once satisfied and dismayed.

No severed head or bloody knife for Damian McBride, of course, but the principle is the same.

Unknown said…
I do not feel sorry for Damian McBride. I’m quite sure his pension will be intact and there will be a nice little job sorted out for him. He was, by all accounts an utter shit. His boss is a coward and a hypocrite but, even there, my disgust is muted by the fact that we all knew this anyway and he is a totally discredited man.

No, those who are most tarnished by this disgusting affair are the, so called, professional, political journalists, the lobbyists, who spouted the party line, as reported by Damian, with a total disregard for journalistic integrity. They have destroyed the credibility of the forth estate and fully deserve to see the dead-wood media disappear up its own fundament.

Whichever way one looks the online blogs are so far ahead of the so called mainstream that I see no purpose in newspapers anymore and it’s just a matter of time until they are gone. Unless, of course, they pull their socks up.

"I take full responsibility for what happened. That's why the person who was responsible went."

Olive said…
It was even stressed that McBride would not be entitled to a "severance package"Well, he's certainly not entitled to one, but I bet he's npt going to be out of a job for long. If anyone knows where the bodies are buried, it's that beetroot faced little shitpile.
16 April 2009 at 21:51

Edwin Moore said…
He is 34??? His face looks like a hell's kitchen collision between the potted meat tray and a pan of mashed potato, a face, as my dad used to say, that you could never tire of kicking.