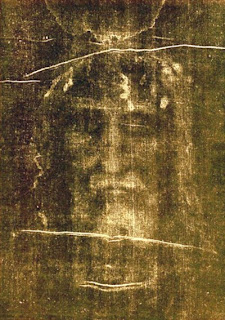 "A lunatic is easily recognised" wrote Umberto Eco in Foucault's Pendulum. "He is a moron who doesn't know the ropes. The moron proves his thesis; he has a logic, however twisted it may be. The lunatic, on the other hand, doesn't concern himself at all with logic. He works by short circuits. For him, everything proves everything else...whatever he comes across confirms his lunacy. You can tell him by the liberties he takes with common sense, by his flashes of inspiration, and by the fact that sooner or later he brings up the Templars".

I quote that passage by way of a caveat and because, in my experience, it is invariably true. Of course, it's possible to look into the history of the Knights Templar without breaking out in lunacy - but at least 90% of everything said about them is garbage. The order was suppressed, amid accusations of heresy, in 1307, mainly because they had a great deal of money and the French king of the time had very little. It was like RBS in reverse, right down to the fate of the chairman. Sir Fred Goodwin's reward for failure was a gigantic pension; Grand Master Jacques de Molay's reward for success was to be burned at the stake. Autres temps, autres moeurs.

But just as the control of global capital prompts conspiracy theories in our own day, so has the vast wealth and sudden destruction of the Templars down the centuries, from early Freemasons seeking mythic origins more glamorous than medieval builders' guilds to modern purveyors of "alternative history". The latest exponent of the form, strangely enough, would seem to be the Vatican, at least if a report in today's Times is to be believed.

In a story put out - for maximum effect - just before Easter, we're told that a researcher at the Vatican library has found a document linking the Templar's to that other staple of half-baked thinking, the Turin Shroud:

Barbara Frale, a researcher in the Vatican Secret Archives, said the Shroud had disappeared in the sack of Constantinople in 1204 during the Fourth Crusade, and did not surface again until the middle of the fourteenth century. Writing in L'Osservatore Romano, the Vatican newspaper, Dr Frale said its fate in those years had always puzzled historians.

Step back a bit. Given that the shroud dates from around the middle of the fourteenth century - according to the unequivocal findings of Carbon dating conducted in 1988 - there's no mystery about where it was in those years. It was nowhere. "Historians" - proper historians, that is - have better things to worry about. Many sacred items were plundered from Constantinople churches in 1204. Some were destroyed, others were exhibited proudly by the looters. You can still see quite a few in Venice. If anything as significant as the burial shroud of Jesus Christ - or, indeed, anything purporting to be such a shroud (which is not at all the same thing) - had been seized at that time, and not destroyed, then it would surely have been put on public display. It would not have been hidden away in a box somewhere.

Her study of the trial of the Knights Templar had brought to light a document in which Arnaut Sabbatier, a young Frenchman who entered the order in 1287, testified that as part of his initiation he was taken to “a secret place to which only the brothers of the Temple had access”. There he was shown “a long linen cloth on which was impressed the figure of a man” and instructed to venerate the image by kissing its feet three times.

Dr Frale said that among other alleged offences such as sodomy, the Knights Templar had been accused of worshipping idols, in particular a “bearded figure”. In reality however the object they had secretly venerated was the Shroud.

They had rescued it to ensure that it did not fall into the hands of heretical groups such as the Cathars, who claimed that Christ did not have a true human body, only the appearance of a man, and could therefore not have died on the Cross and been resurrected. She said her discovery vindicated a theory first put forward by the British historian Ian Wilson in 1978.

There are obvious problems with this scenario. Firstly, if the Templars' big secret was the burial shroud of Christ rather than (as their accusers claimed) a barbarous idol, then it should have been a fairly simple matter for them to rebut the accusation by producing it. The fact that no "Baphomet" was ever found strongly suggests that it never existed. The interrogation of the Templars - under torture - produced a large number of rather fantastical accounts, and there's no reason to suppose this new, highly convenient, one any more reliable than those in which knights confessed to sodomy. In fact, given the celibate and collegiate lifestyle of the Templars some of them may well have indulged in the odd bit of same sex action.

But even if we assume that the account is true, why should we suppose it to be a reference to what we today call the Shroud of Turin? Leave aside the radiocarbon result - the figure on the shroud is clearly and obviously a depiction of Jesus. Why would the postulant - who was, remember, being instructed to venerate the cloth - not have recognised it? It makes no sense. The reference to the Cathars makes even less sense, given that they were largely confined to parts of southern France and were ruthlessly, and brutally, suppressed in 1229. They would never have been in a position to "get their hands on" a relic such as the Shroud. Like the Templars, the Cathars are favourite fodder for historical conspiracy theorists - indeed, they are often imagined to have been in league, or at least to hold similar unorthodox views. A whiff of mystery - and even lost treasure - hangs about both groups. But it stretches credulity somewhat to argue that the warrior monks of the Temple hand anything to fear from a group of oppressed French pacifists.

In any case, there is only the most tenuous evidence linking the Shroud to the Knights Templar. The Shroud's first known owner was the widow of a knight who was (probably) related to one of the Templars who went to the stake alongside Jacques de Molay. This connection led Christopher Knight and Robert Lomas, authors writing in the tradition of The Holy Blood and the Holy Grail, to present one of the most imaginative theories about the Shroud's origin - that the man on the cloth actually was De Molay, and it was preserved as a relic by Templar survivors and sympathisers. A daft theory, perhaps, but more plausible than the traditional one.

What is Frale, who seems to be a proper historian (albeit one employed by the Vatican) doing propounding such a tale? Has the Vatican, perhaps, decided that the only way to combat the popularity of The Da Vinci Code is to promote pseudo-history itself? Or is that just me being a little too conspiracy-minded?
Email Post
Labels: Christianity conspiracy theory history hoax Turin Shroud

WeepingCross said…
Well, there's a romantic instinct to keep open the possibility that the Shroud is something other than it appears to be. I'm not really very interested, myself, but even I feel that a bit. The carbon-14 dating is far from watertight, and there's no explanation of how the image might have been produced - if it is late-13th or early-14th century, it looks like nothing else from that time. That should be all you need to say to bring in the tourists/pilgrims when the Shroud goes on show next year. So the urge, for both pious and commercial reasons, is towards keeping open the door of mystery. Presumably Dr Frale feels this the same as everyone else around her; and she wouldn't be the first historian to add two and two to make seven, would she? It does seem to be over-egging things, though.

valdemar said…
In other news, Erich von Daniken has explained the Ruined Pyramid of Meidum as 'an early instance of contracting out public works to the cheapest bidder', as practiced by the Overlords of the Orion Nebula.

But, but... You haven't mentioned Sarah Palin in a fur bikini! Get a grip man - in every sense of the term.

Anonymous said…
I think the radio-carbon date is pretty watertight - though I suppose any error would be more likely to get it back to the 13th century than to 33 AD. It is in fact the case that reasonably plausible ideas about its manufacture have been put forward and there is evidence of paint pigments on the material.
7 April 2009 at 17:03

Edwin Moore said…
Have no idea about the scientific case for or against, but - as someone pointed ages ago - from an aesthetic point of view, this is a god of our age not of medieval times.

valdemar said…
Whatever happened to the idea that asking for proof in matters of faith is shallow? Or are faithy types really desperate, deep down, for hard facts they can live more comfortably with than the ones presented by science?
8 April 2009 at 16:06

Jean-Louis Piraux said…
There is indeed an explanation on how it was produced. See this (I'm afraid it's in French, but the pictures are enough - and there's a video as well):

I'm am roman catholic and devoted to my faith, but i personally would like to see more testing done. and continuously done. We, as Catholics, admit that there is much we do not understand. However, we also believe that God blessed us with reason and ability and both of those things would come in handy to prove or disprove the shroud. It would actually increase my faith in the catholic church to see it investigated further, scientifically. Even if it turned out to be from the 14th century, at least I could be a little more secure that reason has a place within religion.
2 December 2009 at 23:25