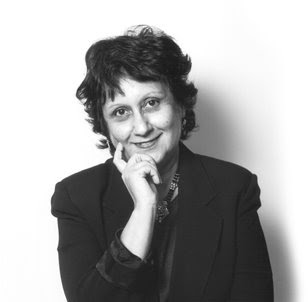 Yasmin Alibhai-Brown is having yet another go at the burqa in the Independent this morning. And - as she has done in the past - she extends her criticism beyond the face-covering and intrinsically alienating burqas and niqabs to all forms of Islamic veiling:

Their veils are walls, keeping them in and us out. We need an urgent, open conversation on this issue – which divides the Muslim intelligensia as much as the nation. Our social environment, fragile and precious, matters more than choice and custom should to British Muslims. If we don't compromise for the greater good, the future looks only more bitter and bleak. Saying so doesn't make me the enemy of my people.

Alibhai-Brown is almost the only public intellectual in Britain today with the self-confidence to criticise the hair-covering hijab along with the face-obscuring burqa. She knows - or at least thinks - that her background renders her immune to the charges of racism or Islamophobia that white secular liberals would attract if they said the kinds of things that she says. Or rather, she is sufficiently convinced of her own Islamic credentials to simply not care what others will think. As she writes,

Islam in all its diverse forms entitles believers to a personal relationship with Allah – it cuts out middlemen, one reason its appeal extended to so many across the world. You can seek advice from learned scholars and imams, but they cannot come between your faith and the light of God. Today control freaks who claim they have a special line to the Almighty have turned our world dark.

And so she (almost) comes out with language that would make Nick Griffin blush. She compares the spread of the hijab over the past twenty years to swine flu, "an infection few seem able to resist". The disease is "progressive", she thinks. The hijab is "a conscript's uniform", its contemporary popularity "a sinister development" which threatens "security and social cohesion". She agrees with Rahila Gupta that it is "a cloth soaked in blood". The argument that it protects women from male attention is "a pathetic excuse" and "a slur on decent men". Women who claim that it is essential to their faith are "manipulated". She is particularly distressed by seeing small girls "kitted up in cloaks and headscarves". And as for the liberals who regard it as all part of our rich multicultural diversity, they "might not be quite so sanguine if their own daughters decided to be fully veiled or their sons became fanatic Islamicists and imposed purdah in the family". As though wearing a veil and blowing up a bus were more-or-less equivalent. As though donning the headscarf were like becoming a prostitute - a life-choice you might "respect" in principle but not something you'd want your own flesh-and-blood to get mixed up in.

And then it struck me. YAB wraps up her objections to Islamic dress in terms of feminism and political liberation. She writes that cultural sensitivity should not prevent us from condemning "oppressions within black and Asian or religious communities". She complains that "our covered-up sisters do not understand history, politics, struggles, their faith or equality". She fears that they are suffering from false consciousness, telling them that they should show more "solidarity" with women in Iran or Saudi Arabia who have no choice. But all this sounds rather theoretical. What is motivating her in her increasingly outspoken campaign against Islamic conservatism, it seems to me, is more personal. The new role of hijabs and niqabs as tokens, even embodiments, of Islam threatens her sense of self.

"I am a Shia Muslim and I abhor the burqa", she begins. No contradictions there - the burqa, and indeed the niqab - are almost entirely Sunni phenomena. In fact, YAB is not merely a Shi'ite but an Ismaili, from a community whose spiritual leader is the racehorse-owning Aga Khan. A minority of a minority, in other words, and one whose members have always been vulnerable to accusations of heterodoxy from more mainstream tendencies within Islam. More significantly, though, she belongs to an older generation of Muslim women, who discovered feminism before they discovered Islam and for whom the gains of the sexual revolution, which they personally struggled for, appear more vulnerable and loom larger than for younger women who have grown up with different concerns. "Solidarity", for her, is solidarity with other women - especially with Muslim women oppressed by Muslim men - rather than solidarity with Muslims in general.

Her perspective is largely a secular one - which is to say that it accepts, as liberal Christians and Jews accept, that faith ought to adapt to developments in the modern world. She is, if you like, the Muslim equivalent of those Anglicans who want to see openly gay priests and women bishops. She may, indeed, look on the situation of the Church of England with envy. When the outgoing bishop of Rochester made his recent pronouncement about homosexuals needing to "repent", he was greeted not merely with condemnation but with ridicule, inside as well as outside the church. In mainstream Christianity, voices like his seem to belong to the past - at least, that is how the debate is couched in the media. In Islam, by contrast, it is liberals like Yasmin Alibhai-Brown who look like survivors from another era - a time of uncontested cultural Westernisation, even, when girls strolled around Cairo and Kabul wearing miniskirts. Encouraging separatism and religious conservatism has become the default position of non-Muslim liberals - and this puts old-fashioned Muslim liberals like her in an invidious position.

No less than the hijabis, YAB is fighting for her culture, for her religious identity. And it is an identity that is clearly under threat. She writes, that "Muslim women who show their hair are becoming an endangered species. We must fight back". She is "offended by the unchallenged presumption that women covering their heads and bodies and now faces are more pious and true than am I." The key word here is "unchallenged". Many outsiders now assume that it is a religious requirement for Muslim women, that women not wearing it are non-religious, or rebellious, or confused about their identity; while the message now coming from many of their religious leaders is that it is obligatory. Alternative points of view, that it is a symbol of subservience, for example, are simply not heard - or assumed to be satisfactorily answered by the "freedom of choice" line. Conservative religious arguments and "progressive" arguments about identity reinforce each other, leaving the non-hijabis facing internal tension, or out in the cold.

Ultimately, though, Alibhai-Brown's frustration is about more than an article of clothing. To some, the hijab symbolises, or somehow creates, female subservience and inferiority; but what it actually embodies is retrenchment. It goes along with the re-orientation of Islam globally in the directions of outward piety, moral conservatism and rejection of the individualism and moral libertarianism associated with the West. And that tendency that has most of the momentum. The same may be true of other religions. But Christians can at least choose which church to go to. What she'd really like, I suspect, is a gay-friendly, pro-feminist mosque led by a headscarf-less female imam. So would a lot of people.