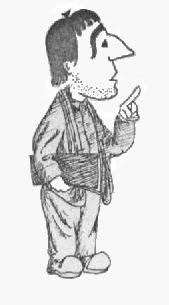 After Dr Evan Harris and his geek army saw off the challenge of Cristina Odone on Monday (she had caricatured him as "Doctor Death" over his support for assisted suicide and abortion), the Lib Dem science spokesman may join Vince Cable and Nick Clegg as one of the party's national treasures (and certainly as one of the Daily Mail's betes noires). He was already a hero to many science and free-speech activists, of course, for the leading role he played in the cause of libel reform. I myself heard him speak on the subject - with genuine passion - when I gatecrashed last year's Lib Dem conference. Last night he was in action again at a rally which was, in part, a celebration of Simon Singh's victory over the British Chiropractic Association.

He's certainly one of a limited number of politicians who can be trusted, on subjects like science, to know what he's talking about. Allen Green (Jack of Kent) announced on Twitter yesterday that Harris's existence had won the party his vote in May, outweighing even the "Euro and PR silliness" that many people think the Lib Dems are all about.

Nick Clegg was rather hesitant the other day when asked if he had voted for the party he currently leads (or its forerunner) in 1987. This morning on Today, Chris Huhne went so far as to suggest that Clegg - once Leon Brittan's assistant in Brussels - might easily have joined the Conservatives and ended up as "one of David Cameron's bunnies" (not as Tory leader, then?). Evan Harris would have had no such problem: in those days he was a dominant figure in Liberal/SDP politics at Oxford University. I've come across an historical account of the period, entitled The Leperous Distilment, which paints a vivid picture of the young Evan. The author (whose contemporaneous cartoon of the doctor appears above) had mixed feelings about the future MP:

On the one hand, he took an extraordinary amount of work into his own hands, behaving with feverish activity, always a central figure in elections. This had its own problems, for he frequently took so much upon himself that failure to meet agreed commitments was often inevitable. But the club was considerably dependent on his activity, a dependence which increased with time as his informal links with the Oxford West constituency (OxWAb) developed and themselves provided the justification for his responsibilities.

He also slowly became convinced that nobody else in the club ever did anything. All who disagreed with him over the merger, or his style of management, he saw as "armchair activists" or "whining Liberals", guilty of disloyalty. Thus his reaction to a paper on organisation and presentation was that it was wrong to criticize the Party. Finally, his demands on others to match his own efforts (such as giving activists uncut leaflets to deliver) tended only to make them feel taken for granted.

There follows a detailed account of the obscure machinations of student politics, which doubtless seemed important at the time but are hard to follow now. (Think People's Front of Judea.) There are endless rows about leaflets, which while supposed to keep members up to date were more often a vehicle for in-fighting and personal smears. Harris - undisputed leader of the pro-merger faction - emerges as something of a control-freak with perhaps surprising similarities to Gordon Brown. An opponent suspects him of trying to "drive out radicals" - it was "often and rightly complained that his amendments to membership lists, which by rights he should not have had possession of, made it impossible to distinguish between non-activists and non-members". When it comes to campaigns he is "omnipresent"; his opponents "divisive subverters". One meeting descends into "actual physical violence" between Harris and a leading female activist.

There's something almost superhuman about Harris's energy and commitment, especially when you remember that as a medical student he would have had rather more onerous commitments than the historians and PPEists who tend to dominate student politics. The main split appears to be, not between pro- and anti- merger camps but between those who prefer to sit around discussing political philosophy and those, notably Harris, who see the priority as success in elections. The pamphlet's author tends to side with the former: his Harris is something of a bully. On the other hand, while Harris has become a prominent national figure his Oxford opponents are nowhere to be seen. And the machine politician of twenty years ago is now better known as an MP with an unusually strong interest in ideas.
Email Post
Labels: elections Lib Dems libel Politics