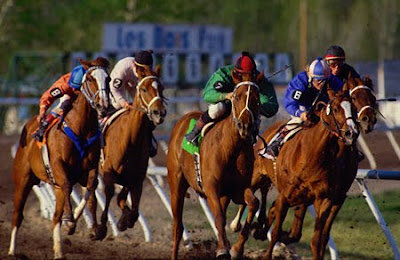 The Referendum campaign is already ugly and fraught, with both sides resorting to wild claims and mudslinging - as well as largely irrelevant arguments about who is funding whom. It's a sure sign that nothing very significant is at stake. I'll be voting No, largely because AV's well-documented tendency to exaggerate landslides strikes me as bad for democracy, but I doubt it will make very much difference.

That, of course, is what most prominent supporters of the Yes campaign used to say about AV; Nick Clegg's description of the system as a "miserable little compromise" is only the most notorious of such expressions of unenthusiasm. Though you wouldn't know it to listen to them now. Mark Reckons, on Twitter, expressed sadness earlier today that Roy Jenkins was not around refute attempts by No campaigners to use his words against the change; but I think he's lucky to be spared the verbal gymnastics his erstwhile pro-reform colleagues are now having to perform. (I too regret his departure, if only because I like to think he'd be speaking up for Oxford more vociferously than his successor Chris Patten seems to be doing.)

Vitriol aside, the respective campaigns are beginning to develop revealing differences of flavour. On the Yes side, the myth that under AV "every vote counts" is deployed to give the proposed system the all-important aura of fairness. The implicit suggestion is that it is somehow unfair to be forced to choose between voting for a candidate who has no hope of winning, and voting tactically for a candidate you don't much like. It could equally be argued that according the same weight to the positive first preferences of voters who actually like a candidate and the unenthusiastic, tactical second-preferences of those who would rather have someone else, is unfair. Why shouldn't BNP supporters have to waste their votes? The answer lies in the concept of fairness many members of the Yes campaign instinctively embrace. Put simply, it's the "all must have prizes" idea. Fairness lies not in the opportunity to vote but in whether your vote, when counted, influences the final outcome.

Now consider the No campaign, who are recruiting sportsmen and whose recent broadcast featured a horserace in which the horse that comes in first is placed third by the judges. "The person who finishes first should win," says the caption. Of course, "first past the post" is in origin a sporting metaphor, so it's not surprising that the No camp (like David Cameron in a speech following the Grand National) has reached for this analogy. But it also reveals where they're coming from psychologically. They are putting forward a notion of fairness expressed in another sporting figure of speech - "level playing field". From this point of view, the unfairness would lie in giving supporters of a low-placed candidate a second chance to have their vote counted when supporters of higher-ranking candidates are only counted once.

"To the victor, the spoils" says the No campaign. I get the impression that, for some of them, an election under AV is a bit like one of those politically correct school sports days where no child is allowed to come last.

More broadly, both campaigns are trading on a notion of politics as, among other things, a kind of game. They both agree that there should be "fair play", they just disagree about how to achieve it. This is, of course, a quintessentially British perspective and explains quite a lot about the way our political system has developed. The adversarial system seems natural given that, in football or cricket, there are always two teams. The referee - the Speaker - is supposed to be impartial (and until fairly recently no-one would have questioned his or her decisions as biased). At a darker level there has been a high level of trust that has allowed postal vote fraud to flourish, the unwillingness of candidates to challenge close results - and, if they do, the near certainty that they will be punished for it at the subsequent by-election. Because if politics is a game, then there's nothing worse than a sore loser.

This sporting approach to politics was strongest when party politics was more firmly rooted in popular culture, and when MPs themselves were at best semi-professional (and many were outright amateurs). These days it has become much more professional; but then so of course has sport, often with similarly depressing results.
Email Post
Labels: AV Referendum elections Politics