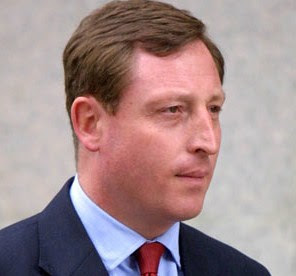 It's reported today that the News of the World's chief reporter, Neville Thurlbeck, has been arrested by the Metropolitan police as part of their ongoing investigation (if you can call it that) into phone-hacking by the tabloid press. I've no information as to the extent of Thurlbeck's involvement (if any) with criminal activity, but it's fair to say that some people will be feeling limited sympathy for his current predicament.

It was Thurlbeck who caused the News of the World (and the gutter press generally) no end of trouble after mounting a sting operation on Max Mosley's private spanking party in Chelsea in 2008. In his judgment in the subsequent court-case, Mr Justice Eady was quietly devastating about Thurlbeck's professional ethics. It's well worth reading for its crystal-clear description of the deceit, manipulation, bullying and borderline blackmail that the reporter engaged in to get his story, sex it up and then avoid paying his source the agreed price.

Eady considered Thurlbeck an unconvincing witness at best, finding some of his evidence "hard to swallow" and expressing astonishment that Thurlbeck "seemed rather puzzled that his conduct was thought worthy of criticism". The judge was also dismayed at the reporter's deficient note-keeping - several key conversations were apparently written up days afterwards or not at all - which he found "surprising for a journalist of Mr Thurlbeck's experience."
Furthermore:

The real problem, so far as Mr Thurlbeck is concerned, is that these inconsistencies demonstrate that his "best recollection" is so erratic and changeable that it would not be safe to place unqualified reliance on his evidence.

Thurlbeck was, perhaps, the obvious choice to do over Max and the Mosleyettes, since his experience in orchestrating sexual exposés is unrivalled. One of his most notorious scoops involved Bob and Sue Firth, proprietors of a "naturist guest-house" in Dorset - which Thurlbeck tried to depict as a brothel. The story was best told by George Galloway (a man with his own experience of tabloid sex scandals) who told the House of Commons on 9th June 1999:

Many of us must have been intrigued over the years about whether the famously intrepid News of the World investigators really made their excuses and left the scenes of depravity that they were helpfully bringing to our attention. Sue and Bob, armed with audio and visual aids, answered that question, at least as far as the chief crime reporter of the News of the World, Neville Thurlbeck, was concerned. After he had plastered on a double-page spread a story entitled "The guesthouse where all rooms come with en suite pervert", he was unmasked by the couple's videotape as the pervert who badgered, begged and finally bribed Bob and Sue into allowing him to indulge in a rather pathetic act of onanism at the foot of their bed.

Despite the News of the World being caught bang to rights in that case, the PCC refused even to consider the couple's complaint in one of its most spineless failures of the decade. The presence on the board of the PCC of Mr. Phil Hall, the editor of the News of the World, scarcely persuaded those two private citizens that self-regulation would do it for them.

But Bob and Sue had revenge of a kind when Private Eye featured the story, complete with a graphic description of "the sleezy hack with his trousers, ahem, down". The couple even posted stills showing an aroused Thurlbeck on the Web, where they remained for several years before being taken down around the time of the Mosley scandal. I must have been one of the last people to see them.

I suppose you have to admire the man's dedication to his work.
Email Post
Labels: Eady J journalism Max Mosley