Death of a Murdoch reporter 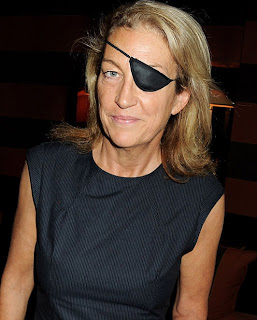 Marie Colvin was brave, principled, fearless, a journalistic heroine whose death in Homs today has shocked fellow reporters in this country and throughout the world. Tributes have poured in. The Telegraph's Con Coughlin writes that she was "without doubt one of the finest foreign correspondents of her generation, and also one of the most fearless," calling her the Martha Gellhorn of her day. Others have stressed her dedication to bringing readers the truth about conflicts, not all of them (as with Syria) at the forefront of media interest, a dedication that had already cost her the sight of one eye.

She was also an employee of the Murdoch empire, working for the Sunday Times, digging for the Digger.

The Leveson enquiry has seen journalism in general, and the Murdoch papers in particular, subjected to public vilification. Journalists have been the target of dawn raids carried out by a police force that has plenty of questions of its own to answer and which finds itself in need of the good PR that comes with "getting tough". Whatever illegality that might be proved is unlikely to amount to little more than their predecessors have done for decades -- in other words, playing the game according to what they thought were the established rules. This, I think, is what lies behind Trevor Kavanagh's complaint (the source of much tittering) that the press has been the subject of a "witch hunt" in recent weeks. Reporters have been caught unawares doing what they considered to be their jobs, surprised to find that they have all along been instruments of darkness.

Marie Colvin worked for the same organisation that once sent Neville Thurlbeck to masturbate at a naturist guest-house in Dorset, which hired private investigators to hack into the mobile phones of a murdered schoolgirl; an organisation whose octogenarian chief executive has for decades been the bogeyman and bete-noir of liberal opinion in Britain and, indeed, around the world. It would be easy to assert that she was better than that; that there's no point of comparison between her heroic quest to bring the news from Syria and Thurlbeck's miking-up of Woman E to film Max Mosley's Chelsea spanking party. But even then, you have to wonder, if News International is the malign force of the Left-wing imagination, what someone like her was doing working for it -- or, indeed, why they would want to employ her.

It would be surprising indeed if in the course of her career reporting from war-zones Marie Colvin had never cut-corners, bribed corrupt officials, indulged in subterfuge to get to the truth. And few people would condemn her for doing so. War is, of course, more serious than celebrity tittle-tattle, even if for the reader sitting in the comfort of his or her own home, its sheer entertainment value and vicarious thrill should never be underestimated. It matters that there are reporters with the courage - even the foolhardiness - to put their lives on the line in what is clearly the public interest. In both cases, however, the reporter's job is essentially the same: to find out information that is not readily available and that in many cases is being deliberately withheld, and to bring it before the eyes of a wider public.

In the course of a very interesting piece of analysis over at INFORRM, Julian Petley reminds us of a notorious passage from Paul Dacre's lecture to the Society of Editors in 2008, in which the Mail chief suggested that without the huge sales generated by celebrity gossip mass-circulation newspapers might well go out of business, with "obvious worrying implications for the democratic process." Petley is unconvinced, pointing out not only that the News of the World went out of business precisely because of its tawdryness, but also that "those papers which carry the most soft news also carry the least hard news, thus badly denting the ‘subsidy’ argument." In the case of News International, however, one should perhaps consider what cross-subsidy the mass-market Sun is offering to the more highbrow Times and Sunday Times, which continue to invest in high-value, high-cost, public interest foreign journalism of the type embodied by Marie Colvin.

It's simpler than that, though. Any serious news operation, including Murdoch's, is about more than simply making money. News International employed Marie Colvin because, in some respects at least, it does what it says on the tin. For all his faults, and for all his allegedly malign influence on the British media landscape and wider national life, Rupert Murdoch a news man born and bred. He will have heard of her death with particular regret. In his own tribute, he reflected that she had "put her life in danger on many occasions because she was driven by a determination that the misdeeds of tyrants and the suffering of the victims did not go unreported." That she could have done so while working for Rupert Murdoch is a fact worth remembering in the context of the current debate about journalistic standards.
Email Post
Labels: journalism Leveson