When he nearly ninety (according to Plato) someone asked Sophocles how his love-life was going. "Are you still capable of having sex with a woman?" asked the questioner, bluntly. Indeed not, replied the author of Oedipus and Antigone. "I am grateful to be free of that brutal and insane master."

Of course, there was no Viagra in those days, although Pliny the Elder recommended leek, asparagus, and the feet of a certain lizard, mixed with wine, as infallible remedies for impotence. Nevertheless, the great playwright's philosophical acceptance of his waning powers (though he was still churning out Attic tragedies like a man ten years younger, Euripides for instance) stands in dignified contrast to the grinning decrepitude of Playboy founder Hugh Hefner, who in a recent interview declared his ambition to be still capax coeundi when he reaches 100. 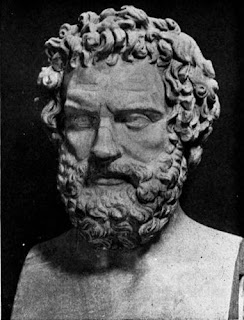 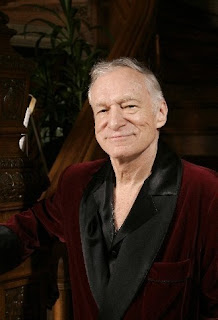 The Playwright and the Playboy


"I have three girlfriends, a TV show and a hugely popular men’s magazine," declared the 81 year-old, as though that explained it.

The ludicrous goings-on at the Playboy mansion are these days little more than easy publicity for the expanding business. In recent years, the spread of the Playboy's bunny logo to products seemingly targeted at prepubescent girls has provoked a minor moral panic. Personally, though, I find the thought of a child innocently clutching her pencil case with its "cute" bunny logo provides a considerably less disturbing mental image than this new one of a trio of surgically-enhanced twentyish blondes coaxing a drooling centenarian's senescent cock into performing a simulacrum of intercourse.

In any event, history shall be the judge. Unless humanity auto-destructs, or is supplanted by nanobots, in a thousand years time people will surely still be performing the works of Sophocles. But will they also be watching re-runs of Girls of the Playboy Mansion? I somehow doubt it.