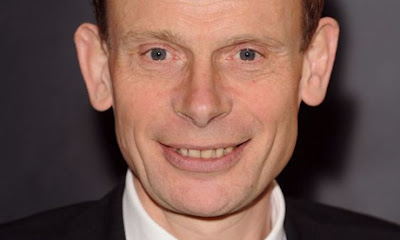 The other weekend, I poked my head round the door of my local branch of Waterstone's and noticed that Andrew Marr's A History of Modern Britain was out in paperback. When it first appeared, the BBC man's weighty tome accompanied a "major" TV series mixing old news footage with shots of Marr gesticulating to camera. His overarching theory, the "replacement of politics by shopping", seemed neatly to sum up the flashy consumerism and intellectual vacuity of much of the past two decades, and he seemed oddly upbeat about it all, claiming in his final paragraph that "we British have no reason to despair, or emigrate". Despite what most people might regard as indisputable evidence that increasing numbers are doing one or both.

The new edition has a new preface, taking account of events in the past year which might, conceivably, cast doubt on Marr's cheery end-of-history view of the death of politics. The sub-prime mortgage crisis, the escalating cost of fuel and food, the ongoing (and seemingly endless) misery of Iraq and Afghanistan, all these contributing to what Marr calls a "darkening of the national mood". He gives a neat if rather shallow sketch of political developments since last spring, with the early triumphs of Gordon Brown followed by the abrupt turning-point when "it all started to go wrong". Although someone should have told Marr that Northern Rock was a bank, not a building society. While the latest electoral disasters, the 10p tax fiasco and the collapse in Labour party discipline were beyond this edition's publication date, Marr has clearly grasped the main political story:

People had grown fed up of Blair, regarding his television skills and vision as lightweight: remarkably quickly, they seem to have concluded that Brown, welcomed as dour and cautious, was worse.

So with bad times just around the corner, will politics, after all, defeat shopping? Not a bit of it, says Marr. For a start, it "seems most unlikely that the country is going to be transformed merely by the economic cycle". And even if "distinguished scientists" now argue that "an age of hair-shirted austerity" will be needed to save the planet, most people are more likely to look away. "We are flinching", and the parties are sending out mixed messages. Marr seems to be among those who imagine it will all go away:

But is the challenge ahead so big that it dwarfs the problems already confronted? Absolutely not. The history of modern Britain tells us that we have had some narrow squeaks, but also that we have done some extraordinary things... There is no alibi for pessimism.

Mr Micawber himself couldn't have put it better. But here's the thing. I find that Marr's TV series is being repeated on BBC2, starting this Saturday. The book is published by Macmillan, not the BBC, so this must be just a coincidence, I suppose. The Beeb would never knowlingly organise their schedules to help a commercial publisher, after all.

PS. Peter Bracken has ridden valiantly to Blair's defence in the comments after my last post.

Peace in Northern Ireland was a singular development; his leadership in response to the crisis in Kosovo is casually neglected by his detractors; and the commitment he showed to the health and education services produced tangible, material benefits. In Iraq and Afghanistan he nailed his liberal interventionist colours to the mast and took on proto-fascists for which, frankly, he should be applauded: that sections of the deluded Left can't see beyond their anti-Americanism is their problem, not his.

Well, I agree with his last clause about the deluded Left. Less sure about the rest. Feel free to join in.
Email Post
Labels: BBC Politics