Dying to get out 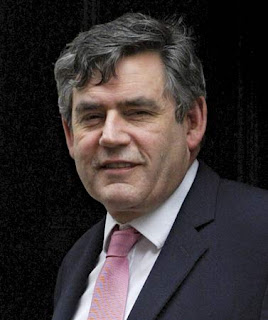 Nothing is surer proof that Gordon Brown is an unlucky Prime Minister than the fact that his MPs keep dying on him.

Until a year or so ago, a by-election had become a rare event. Commentators began to pine for the days, not so long ago, when unexpected contests would come round every few months. The Parliament of 1987-92, for example, saw 24 of the things, twenty of them caused by the deaths of sitting MPs. But with healthier MPs, who in any case now tend to retire earlier in the past, the by-election seemed to be an endangered species. In the whole of the 2001-5 Parliament there were only six, and two of those were prompted by resignations.

Then came Brown. The forthcoming Glenrothes by-election, caused by the death of John MacDougall, will be the 7th since since he became prime minister just over a year ago. That compares with 5 in the last two years of Blair. The rate of by-elections, therefore, has more than doubled since Brown came to power. Of those seven, moreover, two were, in a sense, voluntary, caused by the resignations of Boris Johnson (to become mayor of London) and David Davis, whose personal aim was to highlight the question of civil liberties. In the last two years of the Blair premiership, two Labour MPs died (Robin Cook and Rachel Squire). By contrast, there have been three Labour deaths, and one resignation due to ill-health, since Gordon took over.

But there's more. As noted above, there were four death-related by-elections in the 2001-5 Parliament: as many unavoidable by-elections as in a single year of Brown's time. In both 2001 and 2002 there only one. In the 1997-2001 Parliament there were more by-elections (17), but they were more evenly distributed among the parties. There were ten deaths, six Labour MPs (Labour had a majority of 176 in 1997), three dead Tories, and one dead Ulster Unionist.

Put another way, of the 16 unavoidable Labour departures (15 deaths, one serious illness) in the past eleven years, a quarter have occurred in the past year alone. That's between three and four times what might be expected by chance.

Now consider the 1992-97 Parliament, when John Major was seeing out the fag-end of the last Conservative government. 18 by-elections, nine Conservative deaths (including an independent Unionist who took the Tory whip) and seven Labour ones (with two resignations). By-elections did for Major, owing largely to the small size of the Tory majority; and his tenure was generally considered unlucky. But his MPs were dying off at a rate of less than two per year. Blair's MPs (from a much larger pool) had a death rate of a mere 1.2 per year. Gordon Brown is losing one every three months.

Clearly they're losing the will to live.

Anonymous said…
If I were a conspiracy theorist - which I am not despite what they all say about me - I would wonder why death is picking off so many Labour MPs, particular those whose death is of benefit to the SNP - first Smith, then Dewar (arguably the only Scots MPs of any stature) then a slow trundle of minor characters and of course that ill health - of course - resignation in Glasgow East.

Anonymous said…
Clearly they're losing the will to live.