Is Google an atheist?

All-knowing, all pervasive, more powerful than any human government - it knows what you're thinking before you know yourself - Google approaches to the traditional definition of God. But does it have any theological opinions of its own?

I tried to find out.

To begin with, the search-engine doesn't seem to be very keen on religion, to judge by the following serving suggestions: 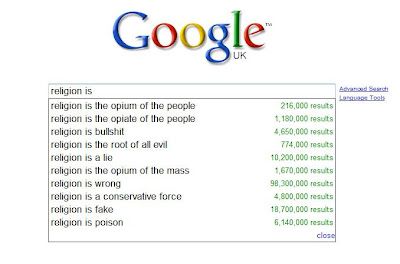 Google would appear to have a particular problem with Christianity: 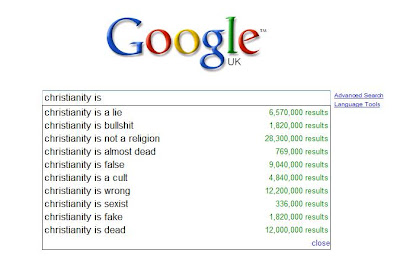 It's pretty unflattering, too, about Judaism: 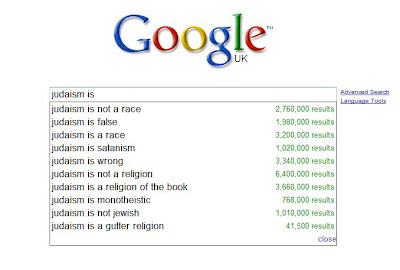 When it comes to Islam, though, Google would seem to be in two minds. No shortage of critical thoughts, but the most popular result by far proclaims that "Islam is the best". Doing the maths, there 50% more positive results for Islam than negative ones. Perhaps Google is a Muslim. That might explain the most puzzling statement on the list: 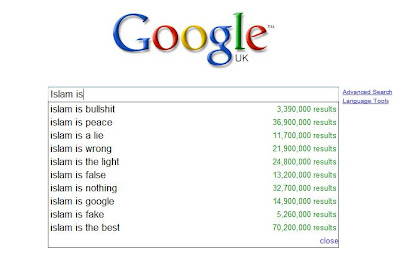 At a casual glance, this final screen-grab would appear to disprove any notion of the godlessness of Google. But look at the results in more detail: almost twice as many results say that the world's No 1 atheist is right as all the negative suggestions put together. 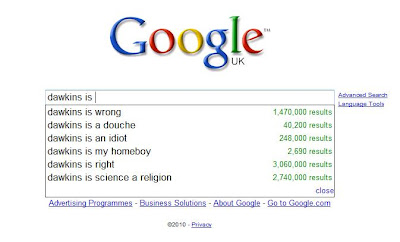 So on the whole I think Google probably is an atheist. At least, it's hostile to most religions. It's just slightly scared of upsetting Muslims.
Email Post
Labels: atheism religion