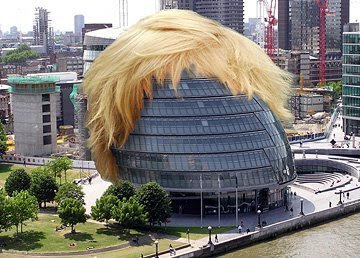 As the dust settles on the local elections, new Tory administrations - above all in London - now have to set their stamp on the country. Will they really be any better? Will anything change? Or is it all just wishful thinking?

In an article entitled Will the Real Boris Please Stand Up, Brendan O'Neill argues that Boris Johnson "looks set to take London down a similar managerial, uninspiring path as Ken." The iconoclastic, former Marxist editor of Spiked, faced with the counter-intuitive spectacle of the entertainingly anarchic new mayor, comes out with a string of old-fashioned anti-Tory taunts. His analysis is nonsensical, as I hope to demonstrate. His roots are showing. But his conclusions may, nevertheless, hold true.

O'Neill's argument falls into two main parts. In the first, he points out, accurately enough, that Boris's actions have rarely if ever matched the libertarian, devil-may-care recklessness of his prose style. Insults have invariably been followed by contrition. Policy positions, even before his every move came to be overseen by Lynton Crosby, have been nuanced, even timid. Famously, for example, he once criticised Jamie Oliver's programme of school dinner reform, only to recant under fire:

Yet when he received a battering from the media - outraged that he had attacked ‘decent’ Jamie and ‘his heroic battle against an uncaring, bureaucratic system’ - Boris relented. In a half tongue-in-cheek, half saving-his-ass apology, he denied ever having criticised Jamie Oliver, and said he now realised that Jamie is a ‘national saint, if not the Messiah.

Such willingness to kow-tow to the canons of political correctness, even as he rushes to offend the next one, should perhaps put a damper on expectations. Above all, Boris is now very keen indeed to be taken seriously, and being "serious", in the current thought-policed climate, tends to mean dutifully spouting whatever fashionable nonsense happens to have taken hold of the political-media establishment. And not doing anything too unexpected. To that extent, O'Neill may be right in saying that the new mayor is,

a very modern politician, one who, in the absence of core convictions, trades on his personality and celebrity instead. Boris is business as usual in British politics…

I would put it down to cowardice rather than shallowness, however. And if Boris does fail to destroy the Nanny State in London - as he almost certainly will - the fault will not be his. One man, however charismatic, cannot hope to prevail against a system so entrenched, and so jealous of its privileges, as the present pullulant bureaucracy. At most he can inspire, and with allies proceed by tiny steps to tie down the behemoth of regulation and control. It's too early to celebrate, that's for sure.

Where O'Neill goes seriously awry, and reveals his still-beating socialist heart, is in his assertion that Boris, and his leading Tory colleagues, don't actually care about liberty, and certainly don't have any coherent philosophy of freedom.

Boris’s journey also reveals something far more important about the shallow, kneejerk nature of the contemporary right-wing critique of New Labour’s ‘nanny statism’. The reason why Boris and a coterie of like-minded Tories could pose as the ‘defenders of freedom’ in recent years is not because they are truly devoted to free thought, speech and to more choice in our daily lives, but because the left turned freedom into a dirty word, leaving it open to being co-opted by elements on the right.

In fact, beneath that attractively libertarian exterior, the inner Boris wears jackboots:

It was the British left’s wholesale abandonment of the ideals of freedom and choice, in favour of championing state control of people’s habits and dangerous desires, which allowed the Tory right cynically to claim the banner of freedom as their own. This is why Boris and Co. could only partially, and deeply unconvincingly, defend freedom - because they were freedom-lovers by default and for the narrow political purpose of bashing the Blairites and Brownites. ...Boris’s emergence, after only a couple of days, as a killjoy, authoritarian mayor shows how flimsy is the Tory right’s love of liberty, and how reactionary - in the true meaning of that word - is their anti-’nanny statism’.

Well, O'Neill is right about one thing: that the political left is the current home of authoritarianism, statism and "no fun". What puzzles me is that he imagines (as he apparently does) that it was ever any different. With the partial, anomalous exception of Roy Jenkins' time at the Home Office, left wingers in power have always, everywhere attempted to suppress liberty and police thought. Right-wing authoritarians, by contrast, have only constituted one strand of the conservative tradition.

There is, moreover, a very significant difference between authoritarianism from the right and the left. On the right, the message is usually one of "law and order" coupled with an appeal to traditional moral values. The authoritarian-minded Conservative looks to the authority of the family, the church, the school, the local magistrates and other local notables, and to the existing social structure. Such a person will want to get tough - sometimes very tough - on criminals, but only so that ordinary law-abiding people can be left in peace to make their own decisions and get on with their lives.

The left-wing authoritarian, on the other hand (often adopting the misleading designation "liberal") wants to "get tough" on everyone. Families, social networks, civic institutions, even individual thought-processes - all must be subordinated to the constant invigilation of the state. The state will tell you what to eat, when, and how much. The state will decide who private clubs can admit as members or employees, and what sort of lightbulbs one is allowed to buy. The state will intervene to prevent you doing anything dangerous, just in case you hurt yourself. Of course, the left-winger believes that the state is benign, and that people are being bossed about for their own good. But that only makes it worse. Left wingers, in short, love "the people" but distrust and despise ordinary men and women.

These facts should be obvious. Only the smug superiority of an old lefty can cling to the illusion that the Left ever stood for freedom in anything but empty rhetoric. And it is a profoundly dangerous smugness. It was Labour, not the Tories, who trashed centuries of hard-won civil liberties in this country. That they were able to do so, for an entire decade, with only muted opposition from left-leaning campaingers for civil liberties, only makes sense if you factor in the power of the myth of the "evil Tory". Many who should have known better kept their mouths shut out of the deep-seated and irrational belief that, however bad Labour was behaving "the Tories would be worse". But the Tories were in power for almost two decades, and they weren't worse. They actually rejected many of the policies, from ID cards to long periods of detention without trial, that Labour have implemented. But they got no thanks from civil liberties campaigners, for too long quiescent under Labour, who often acted as though Mrs Thatcher and her colleagues were reincarnated Nazis.

So no, Tory belief in individual freedom and historic civil liberties is not mere opportunism. It comes from deep-seated belief, just as left wing authoritarianism does. But that doesn't mean that Brendan O'Neill's wider point, that Boris's London will be surprisingly similar to Ken's, will turn out to be misplaced. Boris is, after all, a politician. And politicians, of whatever hue, have an almost infinite capacity to disappoint.
Email Post
Labels: Boris Johnson Boris v Ken conservatives Politics

Anonymous said…
Some of us have to live in the real world and for some of us the real world is London. I would quite like a competent 'managerial' politician to run my city, be it Ken or Boris. Of coruse, it is important to have a wide-ranging political debate and an honest and intelligent critique of our politicians. But I am glad that the libertarians of left and right are stuck in their virtual playgrounds with no real impact on policy. It's another virtue of the Internet...
8 May 2008 at 13:30

Heresiarch said…
Up to a point. But it troubles me when "mangerialism" and "political philosophy" are seen as opposites, as though there could be a value-free politics that's all about objectively making "sensible" decisions. Because what counts as a sensible, politically neutral idea is itself based on a prevailing political ideology; managerialism presupposes a poltical theory that society is something that could or should be "managed" by politicians, and carries with it ideas about the things that should, and should not, be managed.

At the present day, it is deeply unfashionable to suggest that people's sex lives should be managed by the state, but part of the prevailing mood (albeit contested by some libertarians) that people's health should be managed, for example by anti-obesity programmes. In former centuries, it was normal to think that it was the business of the state to regulate the religious adherence of its subjects: a "sensible" manager, in those days, would be prescribing certain forms of liturgy, and would think it very strange if you told him it was none of his business.

What has all this theorising got to do with organising the tube network, or the Olympics? At one level, not much. But political ideas set a tone. Politics is about managing things; but it's also about deciding what is, and is not, to be managed.
8 May 2008 at 14:41

Anonymous said…
'The authoritarian-minded Conservative looks to the authority of the family, the church, the school, the local magistrates and other local notables, and to the existing social structure.'

Odd feeling of deja vu (deja ecrire?) came over me. I must have read this in some form or another many times in recent years.

'The Muslim looks to the authority of the family, the mosque, the madrassa, the local mullahs and other local notables, and to the existing social structure.'