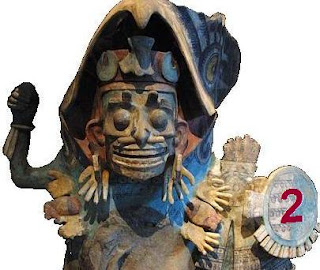 Heresy Corner is two years old today. In blog years, that's at least forty. If a week is a long time in politics, two years is a lifetime in blogging. At least, it feels like that. Bloggers who were well known when I started have departed the scene, or vanished from trace, while new arrivals have continued to raise the bar. Some - NightJack is the obvious example - have appeared on the scene, shone briefly like a rocket, and then departed. In comparison, the Heresiarch has been plodding in a generally upward direction, occasionally managing to get noticed for something or other. There's a definite Red Queen effect in blogging; in some ways I'm pleased to have made any progress at all.

This blog strives to present a varied diet, from in depth analysis to the offbeat and frankly weird. I had no idea, when I began this site, that I would be on the trail of allegedly married twins, Max Mosley's spanking partners or a schismatic Catholic bishop whose views about women wearing trousers are almost as troubling as his disbelief in Nazi gas chambers. Still less that a recurring character would be a hitherto obscure libel judge. Nevertheless, it's possible after more than seven hundred separate posts to conduct some sort of meta-analysis.

In terms of British politics, if there's a theme, it is the paradox of a collapsing government engaged in an unprecedented power grab. As the Brown administration has imploded, with ministers despised as never before and Parliament itself held in widespread contempt, the arrogation of power to organs of the state - often unelected and unaccountable quangos - the construction of databases and official interference in what used to be thought of as purely private affairs has grown as fast as the national debt. It's as though they are determined to make the country uninhabitable before they are finally forced out. I'm sometimes put in mind of a phrase from the Book of Revelation, that the Devil is filled with great fury, knowing his time is short.

Matthew Parris writes today, apropos the Independent Safeguarding Authority, that "only two sane responses are possible ...One is rage, and the other despair. I incline to despair." I feel that way about a lot of things - though it's less despair, perhaps, than a numbing sense of impotence. The world - let's be quite frank about this - is run by people who give every indication of being certifiably insane. By which I mean that they have lost all contact with reality. The ISA system is a good example. Spending nigh-on £200 million to set up a mega database to monitor eleven million people, many of whom already have criminal records checks and those who don't are unlikely to need them, is not a rational response to the problem of child abuse. It will not protect a single child who isn't protected already, and by disincentivising voluntary work and many forms of natural human interaction will damage far more. If there is £200 million going spare to improve child protection (which, in the present fiscal climate, I rather doubt) then it could be spent much better and more effectively by targeting those children who are actually at risk.

Anyone who thinks rationally about the problem must be aware of this. Either the ISA has some ulterior purpose of cunning malignity, or (more likely I think) it is the result of a system that is no longer under human control. Creatures with brains and the semblance of humanity devised it, are implementing it, turn up on current affairs programmes to explain the need for it, will co-operate with it, promote it and make a living working for it (1,450 jobs will be created, estimates the Telegraph, in a Labour marginal): but they are serving the purposes of institutional insanity. A generation ago, a government embarked upon a crazy scheme known as the Poll Tax. It took riots in central London, and the toppling of one of the Twentieth Century's most dominant prime ministers, to exorcise the madness. In the dying days of New Labour, an idea at least as deluded as the Poll Tax seems to come along almost every week. And people shrug.

It's hardly surprising, given this state of affairs, that this blog has heavily featured sceptical features on DNA databases, ID cards, terrorism panics and nanny state campaigns against such pseudo-problems as obesity. But I never wanted Heresy Corner to be just another repository of dissident despondency or rage. During the past biennium I've taken pot shots at other hypes and absurdities from the Turin Shroud to David Icke-style conspiracy theory, analysed the religious archetypes of Doctor Who, complained to the Advertising Standards Authority about Clifford Longley's complaint about the Atheist Bus Advert, become unhealthily obsessed with Sarah Palin, tried to persuade Simon Singh to bow down before Mr Justice Eady and Inayat Bunglawala that necrophilia is a valid lifestyle option. I've been proud to feature guest contributions from several engaging and erudite writers, including fantasy fiction guru Valdemar, Goth priest Fr James Rattue and CIF exile Frank Fisher. And I've enjoyed, and learned from, many of your comments.

Some ambitions remain. It would be nice to be noticed by Iain Dale occasionally, and even nicer to get a gig on Comment is Facile (I've asked, but to no avail; I probably scotched my chances when I spoke up for Woolly). A publishing deal remains, I fear, a distant prospect (though if anyone knows a good agent...). For the time being, though, you, dear reader, remain privileged initiates in a smallish cult of the independent-minded and the discerning. I thank you all.

And if you haven't yet introduced yourself, please don't be shy.