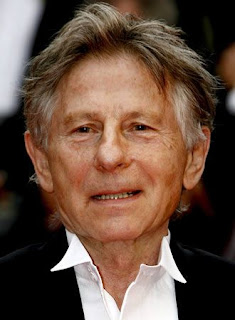 Better late than never, I suppose.

For more than thirty years, the paedophile Roman Polanski has been a fugitive from justice. The vile crime of which he was accused, and for which there is abundant evidence of his guilt, involved the drugging and rape of a thirteen year old girl. He also photographed her topless - which today would be enough in itself to have him sent to prison.

Neither at the time, nor during the subsequent decades, has Polanski expressed the slightest contrition for his offence - nor, indeed, has he even accepted that he did anything wrong. He has, however, expressed a great deal of self-pity. He has repeatedly painted himself as the injured party. And many of the leading lights of the film industry supported and continue to support him. Not only has he been allowed to continue his career in exile, he has been lauded, garlanded with honours in Europe and America, won an Oscar, been defended by the great and the good - and now that the law has finally caught up with him, his arrest has been denounced by the French minister of culture as an abuse of process. A "deeply shocked" Frederic Mitterand described his detention in Switzerland as "a new ordeal inflicted on someone who has already gone through so much".

His third wife Emmanuelle Seigner, "fearful, angry...and devastated" is organising a petition to protest against the extradition attempt. Monica Bellucci has already signed. French foreign minister Bernard Kouchner is said to be prepared to lobby Hillary Clinton personally. Organisers of the Zurich Film Festival, where the director was to have been honoured this week, are planning a special ceremony "to allow everyone to express their solidarity". The Swiss Directors' Association, for its part, branded Polanski's arrest "not only a grotesque farce of justice but also an immense cultural scandal".

The real scandal here is the enthusiasm with which Polanski's friends in the film industry are rushing to condone his behaviour, and denounce his arrest.

Far from being spontaneous or out of character, Polanski's behaviour at Jack Nicholson's house on 10th March 1977 bears all the hallmarks of a practised and manipulative paedophile. He was careful to groom his victim before violating her. According to a legal deposition made earlier this year by district attorney David Walgren (pdf), Polanski had previously made an agreement with Samantha Gailey's mother to photograph the girl for Vogue. On that occasion (the month before the assault) the mother had requested that she be present throughout the shoot. Polanski managed to persuade her otherwise, arguing that he needed to be alone with the girl so that she would "respond naturally". He was thus in a position of trust, and fully aware of the girl's age. The two repaired to "a nearby hillside" where Polanski "instructed the victim to take off her shirt and pose naked from the waist up". 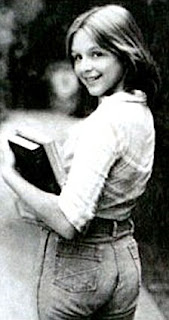 On the 10th March itself, Polanski asked Mrs Gailey if he could take some more shots of her daughter. Before she agreed, she asked to see the results of the previous shoot. Polanski made some excuse about being "in a hurry because the light was going down". He went with the girl to "a friend's house" to take some more photographs before taking her to Nicholson's residence. The actor was out, but his housekeeper let them in. Polanski plied the girl with champagne before taking some more topless photos of her beside the swimming pool holding a glass. He suggested they take some more shots in the Jacuzzi. First, though, he offered her a Quaalude pill, which she accepted. "I must have been pretty drunk or else I wouldn't have" she later testified. Quaalude (Methaqualone) was a sedative popular in the Seventies, "used during sexual activity because of heightened sensitivity coupled with relaxation and euphoria". These days we would call it a date-rape drug.

When the two reached the Jacuzzi, Samantha intended to keep her underwear on. Polanski insisted that she had to be naked. So the girl, tipsy, drugged and in the care of a respected film director thirty years her senior, complied. Polanski took some more photographs. He then removed his clothes and entered the tub with her. He attempted to molest her. "The victim, evidently uncomfortable and wanting to extricate herself from the situation, told the defendant that she had asthma and had to get out... the defendant, however, was not satisfied." At his insistence Samantha swum the length of Nicholson's swimming pool. She then went upstairs to dry herself.

Polanksi followed her to the bathroom, where she told him she wanted to go home. He prevaricated; she insisted; he then ordered her to go and lie down in another room. As she was sitting on the couch, he began kissing her, despite her protests. He then performed what she misheard as "cuddliness" on her sexual organs. She was "ready to cry" and pleaded with him to stop. He ignored her protests and raped her. She was unable to fight back physically because (she later testified) she was "afraid of him". However she continued to beg him to stop. He responded by penetrating her anally. At some point during the proceedings, there was a knock at the door and Polanski went to speak with a woman (identified as Anjelica Huston) for a couple of minutes. Samantha began to get dressed. But her ordeal wasn't over yet. Polanski "sat her back down and continued to have intercourse with her until he ejaculated."

She was still thirteen.

Polanski then drove the tearful Samantha back home to her mother. He warned her not to say anything about what had happened, adding - in clichéd paedophile fashion - that "this is our secret". He also attempted to make her feel guilt over the incident. "You know, when I first met you I promised myself I wouldn't do anything like this with you." Thus began the denial which has continued until the present day.

Astonishing excuses are made for this inexcusable behaviour: his childhood as a Holocaust survivor, for example, or the terrible events of August 1969 which saw his heavily pregnant wife Sharon Tate butchered by the Manson gang. But having experienced trauma cannot justify inflicting trauma on others. Polanski's shameless apologists are even happy to malign the character of his victim. Yesterday, I heard novelist and Mandelson hanger-on Robert Harris minimising Polanski's crime by suggesting that his child victim might have had previous sexual experience. He was in his forties. She was thirteen. Nor was it a one-off: Polanski had a well-developed taste for young girls (one of his previous conquests was an underage Nastassja Kinski). By most people's standards, the man was a paedophile. Nothing that Michael Jackson was accused of came remotely close to the depravity of Polanski's offence. Even Gary Glitter would seem unfairly maligned in comparison. Yet Harris described the arrest - the arrest, mind, not the crime - as "monstrous".

Many (including the victim herself) have suggested that since the offence was committed so long ago, it should be dropped; even that Polanski has suffered enough. But that is a terrible principle. It's like saying that Nazi war criminals should no longer be pursued because they are now elderly, or that cold murder cases shouldn't be re-opened when new evidence becomes available. In cases of sexual abuse, there have been many instances of perpetrators being brought to justice long after the fact. Nor should it be forgotten that Ronnie Biggs, having lived most of his life in Brazil, was incarcerated on his return well into his dotage and only released a few weeks ago when he appeared to be on his deathbed. And Polanski's offence was far worse than Biggs'.

Most disgracefully of all, Polanski's "genius" is placed in the balance. He has, perhaps, directed some good films. That is, however, entirely irrelevant. All should be equal before the law. If Polanski were not a "genius" film-director, but just another absconded sex-offender, no-one would consider it wrong to arrest him now. Rather, the only criticism would be that he had not been arrested sooner. The double standard being exhibited here by Hollywood's finest is shocking. But then one remembers that the sexual exploitation of young women has long been commonplace in the movie industry. That too, though, is no excuse.

It is also asserted that Polanski was the victim of a legal stitch-up. It's true that he had entered into a plea-bargain. The prosecution had agreed to drop the more serious charges in return for a guilty plea to underage sex. This was, by all accounts, to spare the young victim the further ordeal of having to testify at a public trial, not because of doubts about the evidence. Polanski was hoping for a slap on the wrists; when it turned out that the judge might be intending to impose a custodial sentence after all he skipped bail - since when he has been feted by the sophisticates of European cinema. He has never since set foot in Britain, however: he knew very well that if he came here he would promptly be arrested. Quite right too.

It might be that in the faraway, swinging, hazy years of the Seventies drugging and raping a young girl was just part of the fun in the circles in which Polanski moved. So what? If he died in jail it would be no more than he deserved.
Email Post
Labels: Crime culture film Polanski