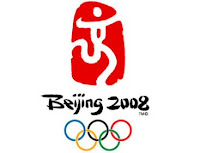 Stephen Spielberg is, of course, right to resign from his role overseeing the opening ceremony for the Peking games. Although it might be wondered why he ever accepted the position in the first place. China's bad human rights record is hardly a secret, after all, and the director, surrounded as he is by Hollywood Buddhists, could scarcely be unaware of the sufferings of the people of Tibet. His stated grounds for withdrawing, concern about the crisis in Darfur, seems a little odd too. He thinks that China should be "doing more", specifically by putting pressure on the Sudanese government. So it should, but the Chinese are not directly responsible for that humanitarian calamity. I can only think that someone (probably Uma Thurman) has been nagging him.

But the really odd thing about this affair, for me at least, is why Spielberg should have been employed in the first place. China is a proud nation of getting on for one and a half billion people. They have a booming and increasingly respected film industry, capable of producing such breathtaking spectacles such as House of Flying Daggers and Hero. And the Chinese, surely, have more experience than anyone when it comes to the mass choreography and fluid displays of pomposity which usually constitute Olympic open ceremonies. 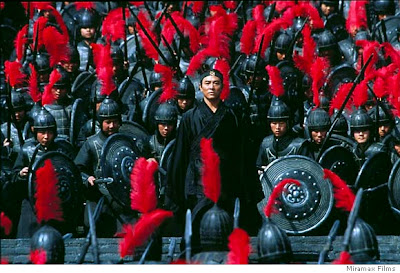 Couldn't they have found their own director? Are they really so lacking in cultural self-confidence, even as they stockpile most of the world's cash reserves, that they felt the need to turn to an American whose most successful films have re-defined trash? Strange.
Email Post
Labels: China culture sport