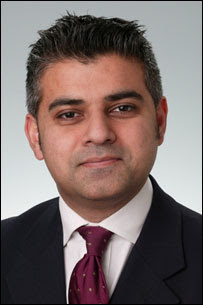 Jack Straw has taken the obvious easy way out an ordered an enquiry into the bugging of Muslim Labour MP Sadiq Khan's conversations with his constituent, a terrorism suspect. At the same time the government seems fairly confident that it didn't have anything to do with the actions of the police and didn't even know anything until the other day. Despite the fact that the Conservative Home Affairs spokesman David Davis says he wrote to Gordon Brown about the incident seven weeks ago.

There are many puzzling aspects to this story, and many ironic ones too. Take the position of Sadiq Khan himself. He is indignant that his private conversations with Babar Ahmad were allegedly bugged. And so, in a sense, he should be. Not only is the practice against the spirit (if not the letter) of the 1966 "Wilson doctrine" that MPs should be exempt from phone-taps, but MPs, like lawyers or doctors, have to be able to speak to constituents on terms of confidentiality.

But this news comes only a few days since it was revealed, in a report by Interception of Communications Commissioner Sir Paul Kennedy, that over the past nine months more than a quarter of a million surveillance operations have been green-lighted. Not all of these are terrorism-related. Some concerned environmental protection, weights and measures, or housing benefit. In fact, almost 800 public bodies, agencies, councils and quangoes have the power to undertake covert surveillance. We are comfortably the most watched country in the "free" world even before the introduction of Blair's tyrannical ID database.

Why should MPs be exempt?

Khan's indignation is even stranger when one considers his record. According to the invaluable (and splendidly ironically named) website They Work For You, Khan


Among the proposals for which he voted, indeed, was the unequal extradition treaty under which his constituent (and, apparently, childhood friend) is imprisoned. On the say-so of the United States, Babar Ahmad has been imprisoned since 2003, and faces the prospect of being extradited. He has never been accused of any crime in Britain, yet the offences for which the Americans want to put him on trial, which involve running a website, took place here.

The MP for Tooting is, moreover, a Government whip. Part of his job, in fact the most significant part of his job, involves making sure backbench Labour MPs toe the party line, and dutifully vote through whatever legislation ministers put forward, no matter how ill thought-out or contrary to principle.

It was not always thus. According to the Telegraph, Khan, a "a prominent Muslim figure charged with reaching out to the community" was previously a civil rights lawyer and (get this) "the former chairman of human-rights group Liberty and a legal adviser to the Muslim Council of Britain".

I wonder what his former colleague, Liberty director Shami Chakrabati, makes of him these days.

But for me the most puzzling aspect of this drama is surely the role played in it the Conservative Party. As I mentioned earlier, David Davis claims to have written to Gordon Brown about the case in December. He wrote,

I have reason to believe that the policy has been breached in relation to communications between a constituent, arrested and detained as a terrorist suspect since 2003, and his Member of Parliament. I would be grateful if you review this serious matter and inform me of the outcome.

How come the Tories knew all about this remarkable bugging operation, directed at a junior government minister, and the Home Office apparently did not? Who told Davis? And, equally intriguing, why did this story only emerge over the past few days?

I'm not suggesting any sort of conspiracy. But it is, at the very least, very convenient timing for the Conservatives. Not only does it take the heat of the Tory leadership after the Conway affair, but it also distracts attention from another highly embarrassing story which concerns two more MPs, Nicholas and Ann Winterton. 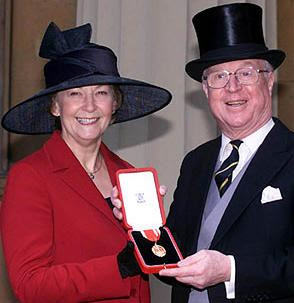 Briefly, the Wintertons placed their London property in a trust, charged themselves £21,600 per year to rent it, and then claimed the "rent" back from their Parliamentary housing allowance. Apparently, the relevant authorities okayed the arrangement, so they probably won't have to resign.

They're fairly unembarrassable anyway: Nick is a well-known "maverick" while Ann was forced to resign from the Tory front bench in 2002 after she was recorded making racist "jokes" at a rugby club dinner. But I expect they're very grateful that the Siddique Khan business is taking up all the political correspondents' time.
Email Post
Labels: civil liberties conservatives government Politics