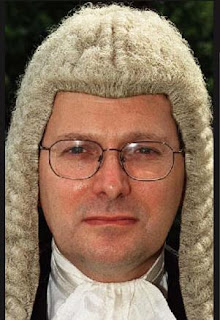 The former attorney-general Lord Goldsmith today outlined the next stage in the government's "Britishness agenda" in a report entitled Citizenship: the Common Bond. Much of the attention has so far focussed on his proposals for "citizenship ceremonies" in which school-leavers would be lined up and made (or possibly merely encouraged) to swear an oath of allegiance to the Queen.

The general response has been sceptical, indeed derisive. And, indeed, the heart sinks at the prospect. If it was going to be like the Last Night of the Proms, with everyone waving flags and singing Rule, Britannia and watching a replay of the last-but-one Rugby World Cup (or even the last one, when we didn't win but did at least stuff the French) then there might be some point to it. I would even buy into something like the Matriculation Ceremony at Oxford, with the newbies dressed up in absurd outfits while an official spouts something in Latin. But knowing this dismal government the ceremonies will be yet another exercise in platitudinous tedium. Some local worthy reading out a trite little list of "British values", distinguished only by their lack of Britishness; a roomful of bored, and possibly antagonistic, teenagers; parents dragged along to take photographs and look proud; MPs getting in photo-opportunities for their election leaflets; and a lecture on the currently-approved manner of Being.

Who would pay for these occasions? What about those children with republican sympathies, or Scottish and Welsh nationalists? What about refuseniks, who simply didn't want to turn up? Would they not become citizens at all, or would they merely fail the compulsory citizenship courses the government also wants to introduce? And what then?

All most pressing questions. But the citizenship ceremonies actually form only a fairly small element in what looks like a thoroughgoing attempt at the nationalisation of the person. Goldsmith, he of the oddly flexible legal advice in the run-up to the Iraq War, seems to be worried about two things in particular. Firstly, he disapproves of the fact that there are many people living here, paying their taxes, obeying the law, being responsible members of society, even (if they come from Commonwealth countries) voting - some of them are members of the House of Lords - yet who nevertheless are not citizens.

This, thinks Goldsmith, weakens the notion of citizenship. So he proposes, firstly, to strip Commonwealth citizens resident in Britain of their right to vote. He also wants to make it impossible to live in Britain for any length of time without taking out citizenship, with all the attendant baggage of "citizenship classes" and ceremonies. He doesn't say whether or not he actually proposes to deport people who have lived here perfectly legally for decades if they don't want to sign up to his citizenship agenda. He does hint, however, that such plans are already fairly well advanced. At the same time, he admits that these proposals would not interfere with the rights of (you've guessed it) EU citizens.

Permanent residency blurs the distinction between citizens and non-citizens. We should expect people who are settled in the UK for the long-term to become citizens. Only people who cannot become citizens because they are citizens of a country that does not permit dual nationality should be able to settle long-term without seeking citizenship – and we should recognise their bond to the UK by calling them associate citizens.

Goldsmith's second concern is that the notion of citizenship (which is not the same thing as being "British", or feeling part of this society) has a relatively small emotional purchase on the individual. He claims, to begin with, that individuals in a large modern society relate to each other, and not just to the state, as "citizens".

Therefore, he thinks, people should be brought up to regard themselves first and foremost as "citizens". He wants volunteering and other activities to be brought into the umbrella category of "citizenship", for example by reducing the tuition fees of students who have undertaken voluntary work. He also wants retired people to "mentor" younger people, for community "mediators" to have a role in settling neighbourhood disputes, and for schools (including primary schools) to make "citizenship" a matter of engagement with the wider community rather than a series of lessons regarding the role of Parliament, local government and the courts. Particularly active citizens would be rewarded with membership of a "Citizenship Corps".

There's a sleight of hand at work here. While volunteering is certainly something to be encouraged, it has nothing whatever to do with citizenship. Citizenship is a legal relationship between the individual and the state. And, if we are to continue to live in a free society (something which looks daily more unlikely) it must remain primarily concerned with what the state can do for the citizen, not the other way around.

Goldsmith's contention that we relate to one another as possessors of a national, legally defined citizenship is surely nonsense. Where you are born is an accident, not a moral fact. If you continue to live in the country of your birth, then your obligations to the state are discharged by your payment of taxes and your obedience to the law. True, you also have obligations to others: to your family, to your work colleagues, to your employer or customers, to your religion (if you have one) and to the local area. But these relationships are not the "responsibilities of the citizen" and it is dangerous and illiberal to pretend that they are. Personally, I couldn't care less if my neighbour or my colleague has attended a citizenship ceremony.

Patriotism is a natural emotion, and it is fostered by a sense of belonging to a nation and a nation's history - neither of which are the same as the state. Nor is "society" the same as the state. That the government's notion of "Britishness" actually has little or no relationship to an organic and mythic community (John Major's warm beer and cricket pitches), but is rather something new and alien, is seen clearly in Goldsmith's proposals for a British "National Day", which he wishes to see implemented in time for that monument to overspending, the 2012 Olympics:

The date would need to be considered carefully and it may be advantageous to have a day without historical significance, specifically because the purpose of the day is to help to forge a new modern citizenship identity and to encourage the celebration of the widest range of citizens’ achievements.

If a "new modern citizenship identity" has little or nothing to do with British history, what is it to do with? The answer, so far as I can see, is the state. It is about reinforcing the notion that the citizen belongs to the state, is nourished and gets meaning from the state, is nothing without the state. Instead of the pluralism and informality of traditional British notions of citizenship Goldsmith wishes to mark out the citizen from the non-citizen in stark new ways. For the non-citizen, a loss of rights and status. For the citizen, a whole new slew of obligations, indoctrinations and heavy hints that they should be "doing something" to justify their possession of a passport. Thus, for example, Goldsmith's citizenship ceremonies would "mark the passage between being a student of citizenship and becoming an active citizen."

Active citizens are certainly to be applauded. But in a free society, one should have a perfect right to be an inactive citizen. Goldsmith's preachy and divisive ideas ("inter-faith action" is another, as though it should any business of the state how or why members of different religions interact with each other), far from promoting a modern conception of citizenship, seem rather to look back to nationalistic concepts that Britain has hitherto managed to escape.

It would be nice to think that this slightly Orwellian report will be left to gather dust. But as Nick Robinson notes today, "no-one should be in any doubt that the prime minister believes that government can and should play a role in helping shape people's sense of what it means to be British."

We have in this country become used, of course, to the horrors of New Labour statism. But this seems orders of magnitude worse. "Citizenship" will now be viewed, not as a birthright, but as something earned, something you have to do state-approved things to achieve, something conferred by (and, perhaps, able to be withdrawn by) the state. A state which condescends to allow you to dwell within its boundaries, a state in which you live and move and have your being.

And, of course, all this doesn't exist on its own. While it affects to be aimed as dealing with problems of social cohesion and immigration, the citizenship agenda belongs as much to the world of ID cards, databases, "transformational government", obesity targets and constant paranoia about terrorists. These profoundly un-British things - as un-British as national dress and national days and ritualised US-style flag-worship - would have horrified our ancestors who fought for our freedom. They knew who they were, and that being "British citizens" was hardly a part of it.
Email Post
Labels: citizenship Labour Politics Society

You have expressed my own horror at the notion of Citizenship Exams & Ceremonies with far more eloquence than my feral rage would allow.
12 March 2008 at 09:45

Anonymous said…
I took up German citizenship a while ago (because the UK disenfranchised me after 15 years abroad). To do this I had to swear to uphold democracy and the constitution. I was perfectly happy to do this, having read the small print beforehand and finding it inoffensive.

Since I am (still) a British citizen I can continue to live here as long as I like, and vote in local and EU elections. But I felt very lost and alone in the world without a right to vote for the people who make the laws here.

I don't think I am alone in this feeling. Maybe people don't care about allegiance to the Queen, but swearing to uphold democracy and keep the law is quite reasonable.

Actually your government just wants you to feel allegiance to them. Think Big Brother...