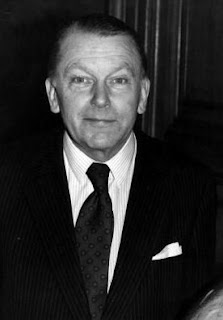 The death today of Francis Pym brings to mind an era of British political life, a quarter of a century old, that seems almost as remote as the seventeenth century in which his ancestor John Pym stood up to Charles I. Described by The Times as "an old-fashioned centrist Tory", he was perhaps the embodiment of traditional conservatism. Quiet, paternalistic, upper-crust, he was an anachronism even in his heyday, most at home fixing backroom deals in the Palace of Westminster. He rose, as he fell, mostly without trace. He was chief whip, leader of the House of Commons, and foreign secretary, and was once spoken of as a likely prime minister. Yet today, as news of his demise is spread abroad, many people will be reacting with a single word. Who?

The only thing anyone remembers him for today is his assertion, at the time of the 1983 general election, that a large Conservative majority might not be good for democracy. His ineviable reward was to be sacked, whereupon he became, in Julian Critchley's words, "a brooding presence on the back benches and the focus for revolt". But the revolt never set alight. It was, after all, dominated by "wets".

Made foreign secretary at the time of the Falklands War in 1982, Pym was never at ease in the brash new world of Thatcherism. Julian Critchley, most waspish of wets, called him "a dull and dapper little man". For a minister charged with managing Britain's international relations he was not exactly globe-trotting, confiding to one reporter that "I’m quite happy to know that the rest of the world exists. I don’t necessarily need to go there." It was presumably this low-key style that endeared him to the prime minister: his successor was Sir Geoffrey Howe. But the arrangement was not a success. Alan Clark recorded that he and Thatcher "quarrelled incessantly".

It is impossible to imagine such a man reaching the top in any political party today. Scarcely even then: according to Critchley, he "lacked leadership qualities and was totally without political excitement". Yet amazingly, according to Clark's Diaries, there was a serious move in late 1980 to have him installed as prime minister. After only 18 months in office, Mrs Thatcher was so deeply unpopular that it was considered unlikely that she could survive - and the only salvation for the party lay in installing a consensus figure who would return to the days of comfortable inaction. Pym, it was thought, was the only person who could resign from the cabinet without splitting the party. Presumably because no-one was really sure what he stood for - perhaps including Pym himself.

A bizarre plan, in retrospect. Yet ten years later that was precisely what happened. Another grey man emerged from nowhere, a previous denizen of the Whips' Office whose most notable quality was inoffensiveness and a low profile. His name, of course, was John Major.
Email Post
Labels: conservatives Politics